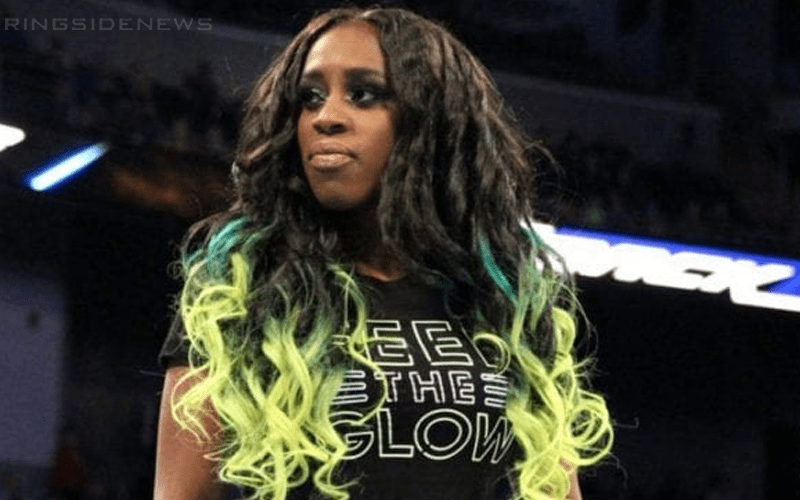 WWE Superstars don’t have a lot of downtime when they’re on the road. Usually they get into a city and immediately need to find a gym and something to eat. This doesn’t give them a lot of time to hang out. However, some fans might not understand that.

One fan had an encounter with Naomi and The Usos that they didn’t appreciate. After claiming that they met the WWE Superstars in the gym and asked for a picture, this fan said that they were “so mean.” They also said they are praying for them due to this disrespect.

Naomi didn’t let this sit in her notifications for long because she is a real person who runs her own Twitter account. She replied that she spoke to this fan who kept calling her Carmella and said that they would take a picture after they were done training. After their workout they just didn’t see this fan and Jimmy didn’t hear them either due to his earbuds.

People can make up all sorts of stories about WWE Superstar encounters in public. That doesn’t mean they’re all true. It’s a good thing that Naomi was able to reply to this one because an accusation like this one could have gotten out of hand.