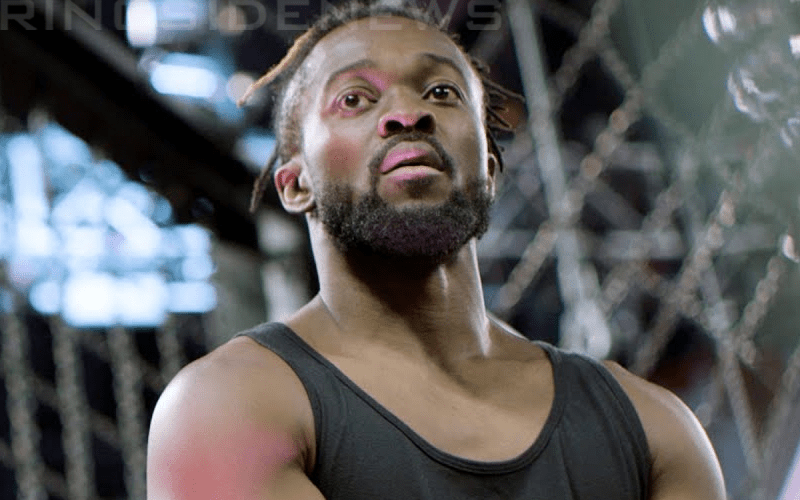 Kofi Kingston is WWE Champion, but that doesn’t mean he’s immune to taking damage. He has a big match against Samoa Joe on Sunday at Extreme Rules, but will he make it to Philly?

The WWE Champion’s back was reportedly giving him some trouble recently so he was pulled from the ring. He was also unable to compete tonight on SmackDown Live as well. With Extreme Rules coming up on Sunday some fans might be getting concerned.

Kingston didn’t even appear in front of the live crowd during the SmackDown Live broadcast. There is some good news though. PW Insider reports that although Kofi wasn’t able to perform for the past couple of days, he is expected to work Extreme Rules this Sunday.

The belief is that he will be OK to perform on Sunday’s Extreme Rules PPV.

It is a very good thing that WWE is giving Kofi Kingston time to rest up and prepare for this Sunday. He could be hurting by Extreme Rules, but if he can get cleared then there’s probably nothing that will keep him from defending his WWE Title against Samoa Joe.