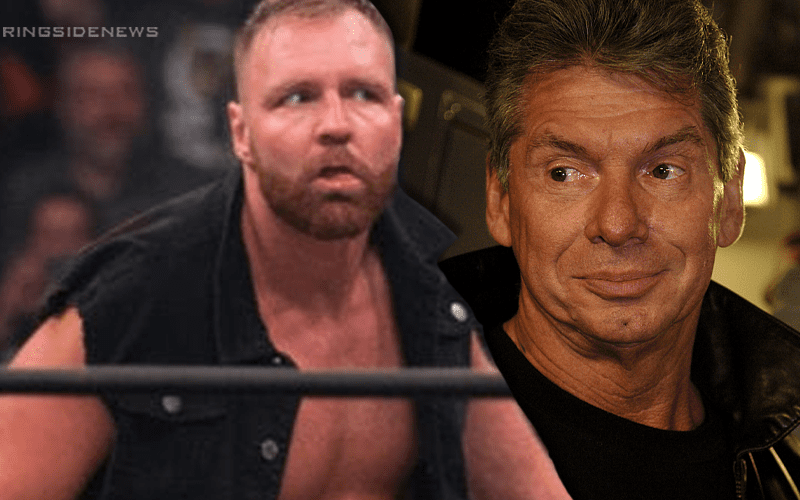 Jon Moxley got pretty close to Vince McMahon during his time as a WWE Superstar. However, McMahon never got to know the Moxley that we know today. Instead, he got to talk to Dean Ambrose, but the man behind the moniker was still the same.

While speaking to The Store Horsemen podcast, Jon Moxley opened up about how he first got to know Vince McMahon. He said it was out of necessity because he was tired of getting the runaround. However, once a relationship with Vince McMahon was established he said that it was very easy to talk to The Chairman.

“But he’s actually really easy to talk to. Yeah, he wants — he likes to discuss stuff and have feedback and stuff. I mean, he started butting heads eventually, ’cause we just couldn’t get on the same page, you know what I mean? But even then, you know, there’s no like personal animosity or anything like that. We just kind of speak different languages. It was like a mutually beneficial relationship for six years, eight years or whatever. And then it’s just like, ‘Okay, I gotta go do this, you go do that, cool.’”

Jon Moxley’s relationship with Vince McMahon was eventually strained due to creative getting out of hand and McMahon’s ability to convince people to do and say things they wouldn’t normally do or say.

He commented that McMahon’s Jedi Mind Trick is totally real and we believe him. Because he’s not the first former WWE Superstar to comment on McMahon’s unbelievable powers of persuasion.