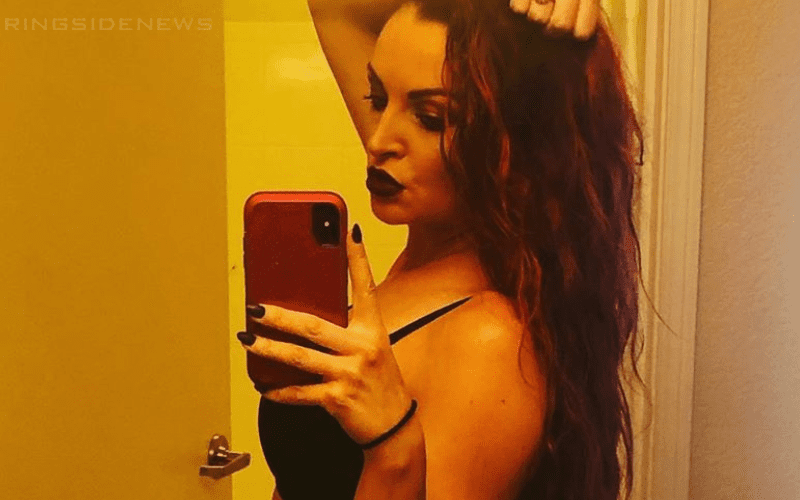 Maria Kanellis is now pregnant with her and Mike Kanellis’ second child. This is a very happy time for them, but that won’t stop some fans from being super critical about the timing of it all.

Kanellis is known for her mirror selfies. If you follow her on social media then you know all too well what we’re talking about. Mike Kanellis has spoken about this in the past because it is her body to show off which he is proud of. However, now that Freddie Moon is about to be a big sister, Maria joked that her “bod” might never return.

We will hopefully see Maria Kanellis make a return to WWE television as soon as she can. She certainly left things wide open to make a grand return with that heater of a promo she laid down before departing last week on RAW.

Things could also get very interesting if WWE decides to keep Maria Kanellis on television during her pregnancy. This could theoretically be pulled off if they keep her away from the action, but in the meantime Maria Kanellis is saying goodbye to her ripped body for at least a little while.