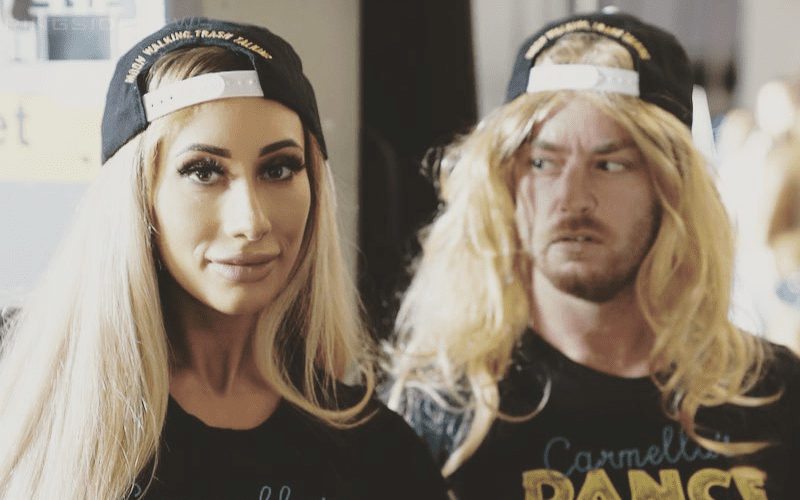 Carmella can be quite a trendsetter, but there is a line between fandom and obsession. Apparently, Mella feels that Drake Maverick has crossed that line.

Maverick dressed up as Carmella in order to fool R-Truth before he won the WWE 24/7 Title the first time. This has obviously not set right with the former SmackDown Women’s Champion as she tweeted out a simple question for Drake:

Why are you so obsessed with me?

Obviously, this is all in good fun, but Drake Maverick’s wife might not appreciate all the attention Drake is giving Carmella. So he might want to cool down on the cosplay. After all, they have yet to consummate their marriage.

Maverick fired back at this accusation from Carmella where he simply reminded her that this was all a ruse to get that title from R-Truth.