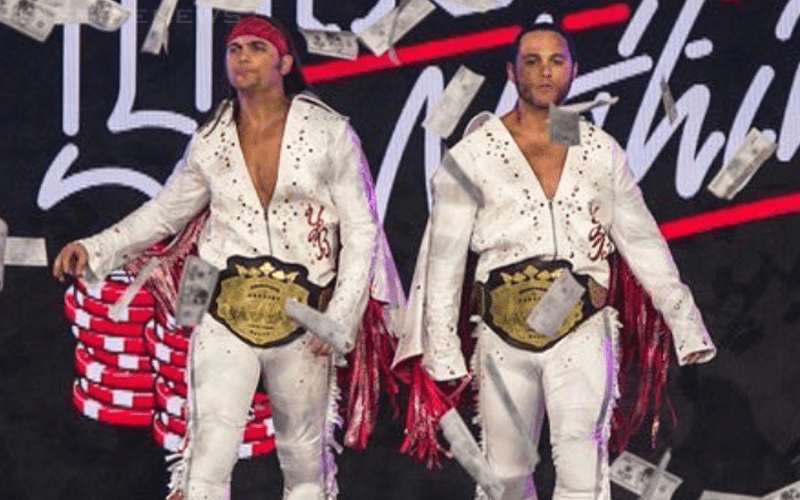 WWE and AEW are at WAR now and that’s no joke. The company is taking some serious shots at The Elite and that’s likely to continue. However, that didn’t stop WWE’s Twitter account from making a pretty big reference to the Young Bucks.

We previously reported that Scott Dawson tweeted out a laundry list of tag teams that The Revival is better than. This list included The Young Bucks which is no big shocker because The Revival and the Jackson brothers have been teasing a feud for years.

What fans didn’t expect is that WWE’s official Twitter account would retweet Dawson. This sent The Young Bucks’ name out into the entire WWE Universe.

Sure, WWE fans were probably well aware of the Young Bucks before, but it is still rather interesting that they would send this tweet out in the middle of a war.

Perhaps the fact that Scott Dawson was saying that they’re better than the Bucks is the logic behind retweeting this. It is still rather interesting that WWE would want The Young Bucks’ names anywhere near their social media at this point in time.