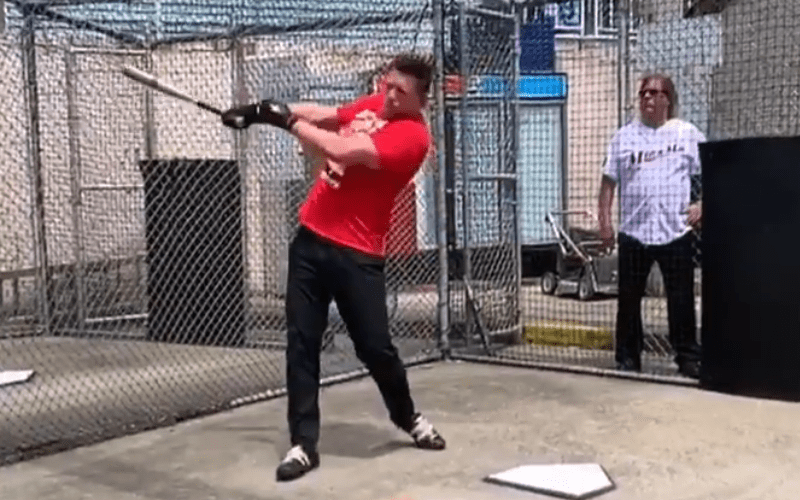 The Miz is a former WWE Champion and an all around A-Lister, but he wants to excel in everything he does. This is why he took his invitation to the MLB Celebrity All Star Softball Game so seriously.

He’s hitting the batting cage with his father and driving home runs as he mocked other celebrities for being too busy in Hollywood. Sure, The Miz could probably be in exclusive Tinsel Town meetings, but he’s focused on a softball game right now.

While the other “celebrities” are busy being Hollywood, I’m working on becoming back to back MVP at the @mlb All-Star Celebrity Softball Game on @espn in THE LAND. #MizVSAll

It looks like The Miz getting ready in a big way for the July 9th All Star Celebrity Softball Game. It might be all fun for some people, but The Miz will have his game face on as he does in most situations.

You can check out a video that The Miz posted below of him getting some practice in. He also graciously slowed down the video so fans can marvel at his perfect All Star form.

The MLB Celebrity All Star Softball Game will air live on FOX beginning at 7:30 p.m. ET.