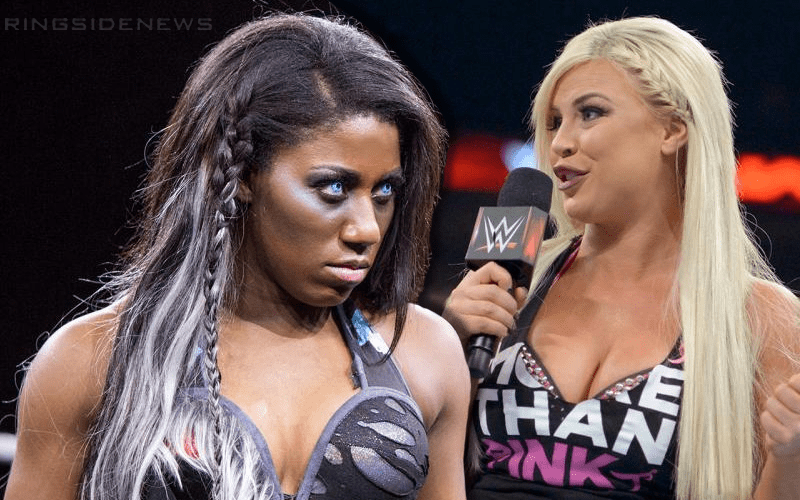 Dana Brooke got some headlines when her head ended up smashing into a ring post causing a ton of blood and for her match against Sarah Logan to get called off. The next week Brooke came back and won her match against Logan and she’s very happy about this. Ember Moon might not be too happy for her though.

Dane Brooke tweeted out: “New me, new skills.” However, Ember Moon saw this tweet and had to reply with: “Is it…… Pretty sure I do that.” This might have ignited a new rivalry between these two.

Brooke replied to Moon by cutting a little promo on her while taking a dig at the amount of television time the Warrior Goddess has received in WWE. She called Ember Moon out for being salty and suggested that Ember focus on Sonya Deville and Mandy Rose before starting something new with her.

Sweeti don’t act like you’ve been on tv all that much to show ur “skills”… ITS a SUPLEX hunny.. didn’t know you claimed that.. I’m pretty sure all the women could do it if they wanted!

We will have to wait and see if this feud finds its way onto WWE television. It seems like WWE Superstars are even more willing to let their opinions be heard over social media, especially if it can generate heat.

There’s been no indication of Moon vs Brooke on WWE television considering the fact that they’re on separate brands, but that can all change with the Wild Card Rule in play.