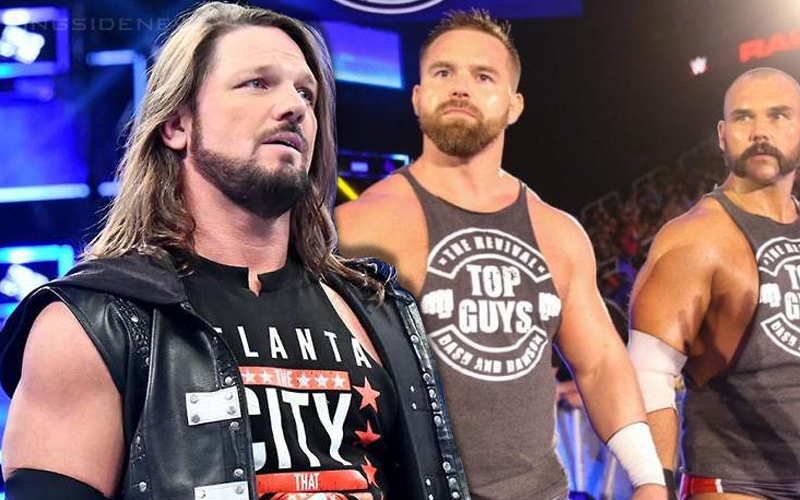 The Revival are making some big headlines because they’re Top Guys and that’s what they do. Scott Dawson even used his star power to get The Young Bucks’ name on WWE’s social media recently.

AJ Styles read Dawson’s list of people that The Revival are better than and he didn’t appreciate seeing Luke Gallows and Karl Anderson’s names on the list. The Phenomenal One sent back a biting reply to The Revival where he said that it sounds like the Raw Tag Team Champs need a slapping.

Sounds like u need to be slapped….by me. Then by the good brothers.

Let’s just see if The Revival end up tangling with The Good Brothers over that comment. Seeing how they are both heel teams it could make things very interesting from a fan perspective. If anything, those two teams could tear the house down if given enough time.