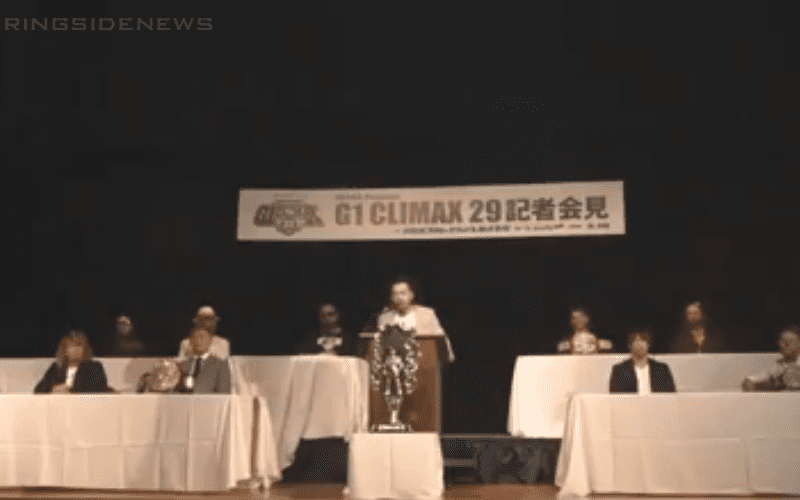 When WWE lost Hideo Itami, NJPW was able to get KENTA. Now that KENTA is back he’s not playing around anymore and would love to leave the Itami stigma far behind him.

KENTA has a big chance to prove himself in NJPW as he is in the A Block of the G1 Climax Tournament. Everything kicks off in Dallas tomorrow and fans are getting excited.

NJPW has their G1 show in Dallas on July 6th, but they held a big press conference today. During his time on the microphone, KENTA had a chance to tell fans what he has to prove in New Japan Pro Wrestling.

After KENTA dropped that bomb there was a thunderous applause that rocked everyone on the stage. You can check out the clip below.

This certainly makes it even more exciting that NJPW was able to score KENTA after WWE let him out of his contract where he was only being kept down as Hideo Itami on 205 Live.