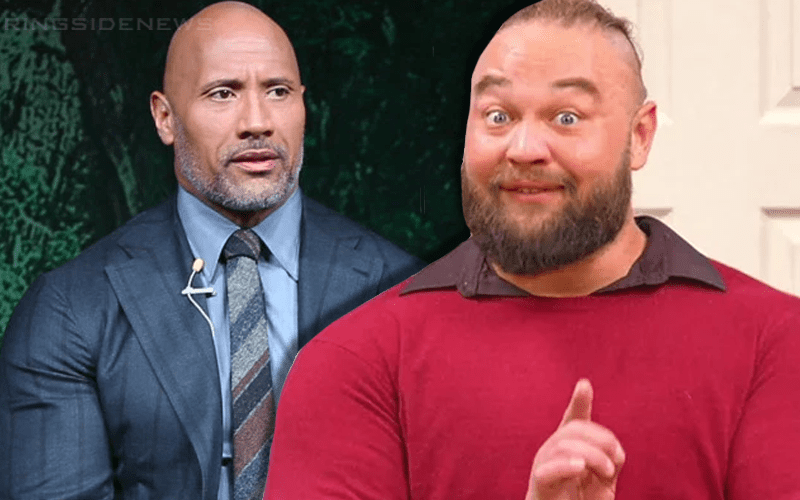 Bray Wyatt is going through quite a career transformation. He exited the Firefly Fun House and now it looks like he’s about to unleash a new brand of terror on the WWE locker room. Until that happens at least he has some puppets who can pop up and hype his arrival.

The Eater Of Worlds recently sent out a message to The Rock saying that he forgives him. After all, they had a very confrontational WrestleMania moment. The Great One obviously saw this and reached out to Wyatt to let him know that it’s all good now.

The People’s Champion also had a chance to tell Wyatt that if he liked the last Jumanji movie then he will love the next installment. He also said that Wyatt is “bat sh*t crazy,” but he loves it.

I’m pleased to hear your therapy has been successful. Frozen pizza pocket vulnerability is not easy to expose. You’re a better man for it and I’m proud of you.
And yes, you will love the new Jumanji this Christmas.

This interaction from The Rock is pretty great to see. Dwayne Johnson might be very busy with Hollywood or other commitments, but he’s not losing touch with the WWE Universe at all. At least he’s able to reach out and let people know that he hasn’t forgotten about how insane Bray Wyatt can be.