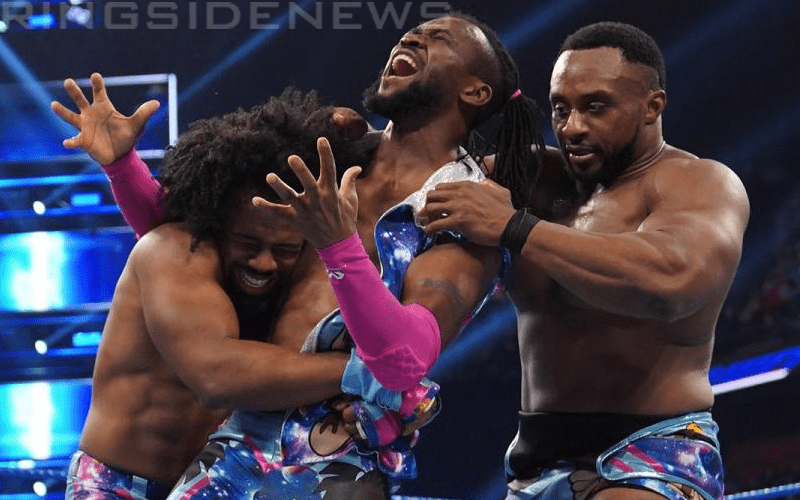 The New Day have entertained millions of fans around the world and thrown out a ton of pancakes — although Kofi Kingston doesn’t suggest you ever eat one. Now a breakup could be on the horizon for the longest running WWE Tag Team Champions.

There have been rumors swirling about their breakup before and in a day with new creative influences in control, apparently those rumors have re-emerged once again. Kofi has commented in the past about how The New Day is never breaking up, but it’s really not their call if that is what is in the script.

Joe Peisich said on the Barnburner Radio Network that there is a rumor going around that Big E might be the one who turns on his New Day brothers first. This could come at a very interesting time for it to happen as well because of Kofi Kingston’s current status as WWE Champion.

WWE has had plenty of opportunities to break up the New Day before. However, it hasn’t happened yet. They are still cashing in on the gimmick and will likely continue to do so for a very long time to come, but that doesn’t mean the trio will stay together.