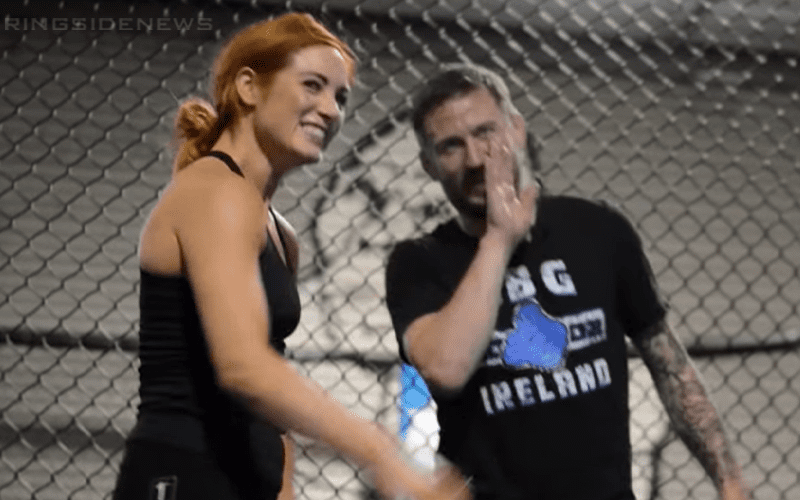 John Kavanagh knows a thing or two about training great fighters and he never takes it easy on anyone. This especially includes The Man.

Coach Kavanagh recently uploaded a video featuring Becky Lynch where he put her through an extremely grueling workout. Lynch trained at SBG a long time ago before she was a WWE Superstar and Coach Kavanagh remembers hearing about a girl who just wanted to learn flying armbars, but now that The Man is a world famous pro wrestler she is still stopping by whenever she can.

Becky Lynch might get put through brutal workouts at SBG, but as Coach Kavanagh put it “she laughs at my efforts.” The Man’s training regiment is very well-rounded and as a WWE Superstar that is very important. So there’s not much he can throw at Lynch that she doesn’t already do.

This video was filmed during the span of time when Becky Lynch was the double champ as well. So you can see Becky Two Belts come in for a training session. Daniel Bryan was also there, but he didn’t get much screen time as it was all about The Man.