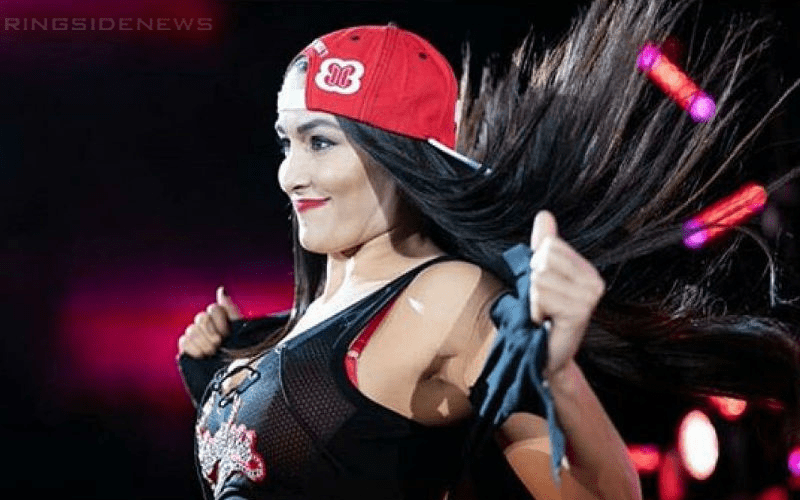 Nikki Bella worked for over a dozen years as a wrestler, but now her career is done. She suffered a lot of damage during her time in the ring that can’t be taken back and it means she had to retire while the fire was still burning.

The Bella Twins are not going away, but reality television can’t hold a candle to the thrill of standing in the ring. Nikki Bella realizes this and now all of her dreams of not only becoming Women’s Tag Team Champions with her sister are done, but fans don’t seem to acknowledge all she did for the business either.

During a recent episode of The Bellas Podcast, Nikki opened up about not only having to retire from wrestling so early, but also the lack of respect she has received from WWE fans in the process.

“I love wrestling. I gave thirteen years of my life. I beat my body up, I mean it was my world. And it’s so sad sometimes when I see the lack of respect or not the appreciation and you know how badly I wish I could go out there and wrestle again and do it for the fans and do it for us? Like, I’ve risked my life.”

“I will never get — you know what? I’m a human being and sometimes we like to be acknowledged or appreciated. The fact that I gave so much and I will never get to stand in that ring and have the ‘Thank You Nikki’ chant or even give my last final words. I found out days before WrestleMania and I’m done — that’s it.”

“Then people blame me like ‘Oh look at her do all those things, she doesn’t care’ — I do care, but my life has to go on. I have to go look at all those open doors and run right through them like Wonder Woman and take them on and I pray one day, Brie that we will be appreciated by that crowd.”

Nikki Bella is obviously very passionate about the pro wrestling business. This is not something that is going away at all. However, she won’t be wrestling any more especially after revealing she has a cyst on her brain.