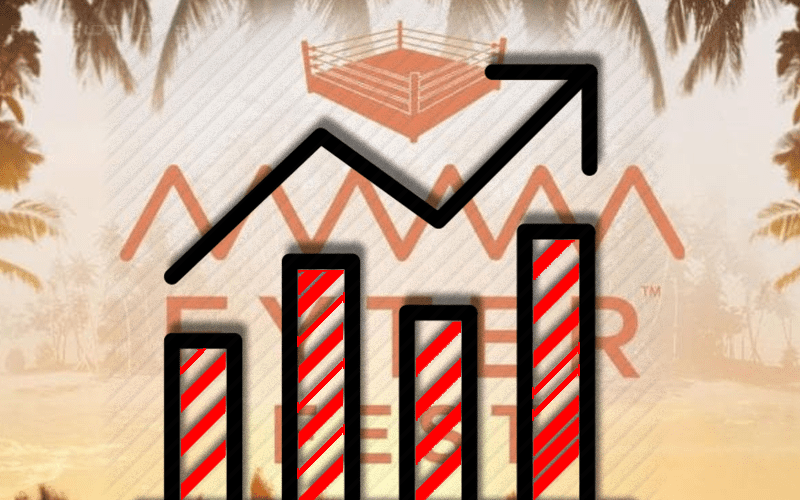 AEW Fyter Fest was not a sell-out, but they still drew a respectable number of fans in the 5,000 seat Ocean Center. However, the real numbers came from those fans watching at home.

The Wrestling Observer Newsletter noted that Fyter Fest did 14,000 iPPV buys on Fite TV. Those were for international fans who could not watch Fyter Fest for free on BR Live. For the record, international buys for Double Or Nothing were around 20,000 on Fite TV.

However, the bigger numbers came from BR Live. This is kind of obvious considering the fact that the show was broadcast for free over that streaming service.

It is said that over the 3 1/2 hour broadcast they averaged 140,000 viewers on at any given time with a total of 350,000 “different viewers during the course of the live show and those numbers likely increased significantly with replay viewing.”

AEW Fyter Fest is still available for free streaming on BR Live. Therefore, those number will only increase from this point on until they take it off the service.

It was noted that about 35,000 people signed up for BR Live before AEW Double Or Nothing, but before Fyter Fest the belief was that they would be signing up a lot more fans.

“AEW and BR Live had first talked about the idea of signing up more than 100,000 new subscribers to the channel, although after more input the feeling was that number would be higher.”

We will have to wait and see if those numbers remain consistent. Fight For The Fallen is also going to be a free event on BR Live for North American fans.

This is not a bad start for AEW and could be a terrific gauge to see how many fans they already have who would tune into TNT this Fall to see what AEW’s television show will be like.