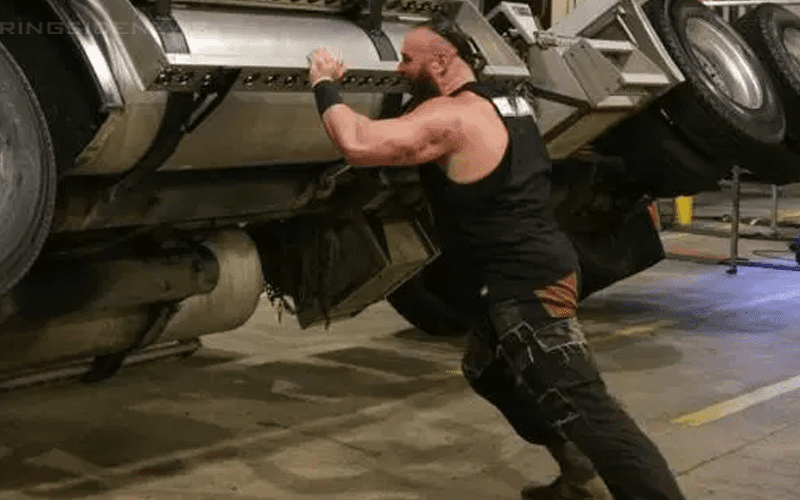 Braun Strowman has torn a lot of things apart since becoming a WWE Superstar. However, one moment shines above the rest as his favorite.

While speaking to the It’s Mike Jones podcast, Strowman revealed that out of all the destructive moments he’s had in WWE his favorite was exploding the ring with The Big Show.

“The coolest one for me was when I superplexed Big Show off the top rope and we imploded the ring. That was something else! That video has been replayed so many times and everything else; I don’t know, it’s honestly hard to choose my favorite one. They’re all awesome.”

Any time Strowman got to work with the Big Show, it was a moment worth remembering and soaking up all the knowledge possible. Exploding the WWE ring not only showed how much the company was putting into his push, but just how monstrous he was being made out to be as well.

Hopefully, Braun Strowman will be able to come back as an even bigger beast after that explosive opening segment of Raw that made Corey Graves yell: “Holy sh*t.”