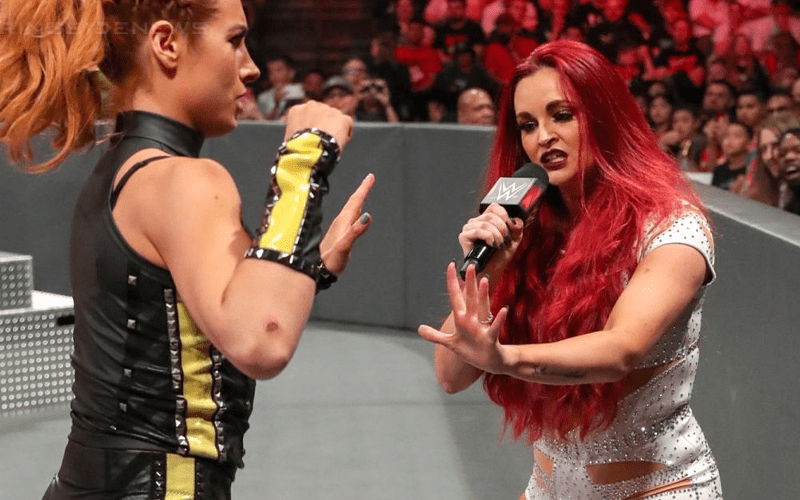 Maria Kanellis announced on RAW last night that she was pregnant. They were able to weave this into the storyline as she emasculated her husband Mike Kanellis in a big way. The interesting part is when Maria informed WWE that she was expecting the couple’s second child.

PW Insider reports that Maria Kanellis informed WWE that she was pregnant once again after her and Mike Kanellis signed new five-year deals with the company. As we previously reported, those deals are worth a lot especially considering the fact that they both go into the same household.

The story that is making the rounds is that Kanellis informed WWE she was expecting again after she and Mike Kanellis signed new deals with the company.

It was further noted that they were able to confirm that Maria Kanellis didn’t tell WWE until after the new contracts were signed. It’s unknown exactly when the Mike and Maria Kanellis found out themselves, but the timing really couldn’t have worked out any better for her.