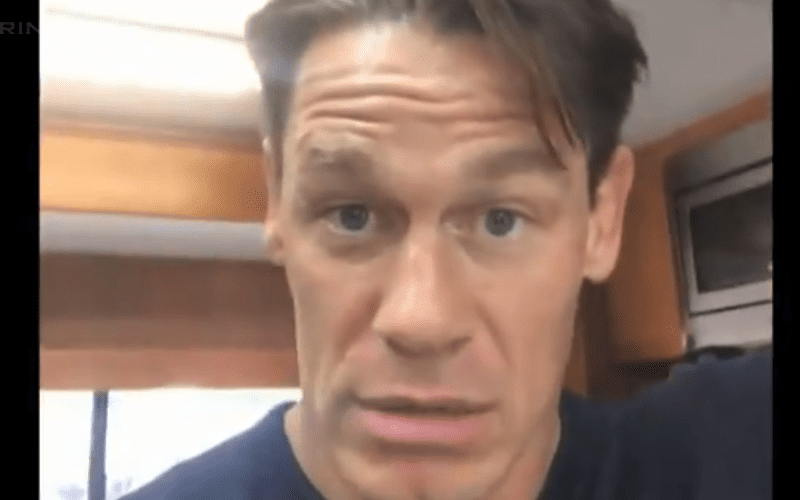 John Cena has been through a few looks during his time in the spotlight. His most recent hairstyle was rather long, but it was starting to grow on him. Then he showed up on set and the director wanted something different so Cena made it happen.

While speaking in 100% Chinese, John Cena explained a year ago when he was filming a movie with Jackie Chan, the director asked him to have longer hair so Cena grew it out. Now he’s on the set of another film and he needed to cut his hair dramatically.

He said his role in this new film is a secret and he can’t tell anybody about it. However, we have a very good idea it’s the new Fast & The Furious movie.

You can check out the video below. It’s pretty great because John Cena spoke Chinese the entire time. Because of course, John Cena is fluent in Chinese after filming in China for nearly a year. His new look is a lot different, but it also looks a lot more like John Cena.