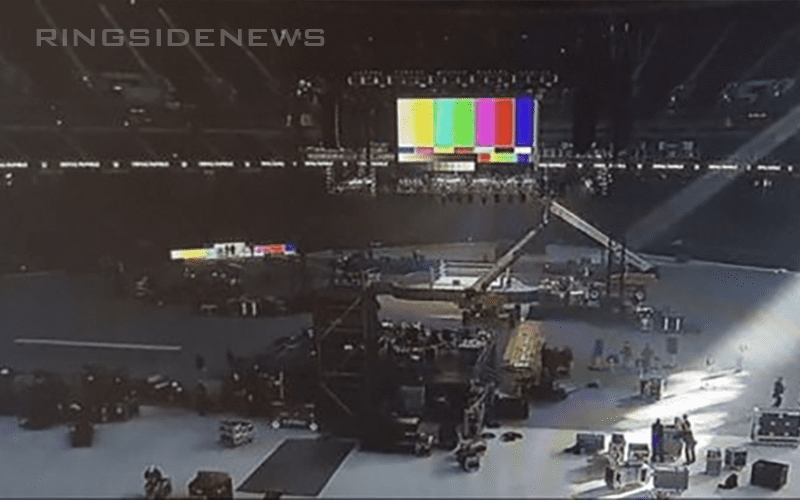 WWE likes to change things up and it looks like they have a really good reason to invest some cash in a new set now. Because Braun Strowman and Bobby Lashley just wrecked their old one.

Braun Strowman and Bobby Lashley tore a huge hole in the RAW set this week. There were a lot of explosions, but the rest of the set miraculously worked. Corey Graves also said “HOLY SH*T” in the process and that’s always fun.

WrestleVotes reports that there might have been a very good reason why Braun and Baron might have decided to tear a hole in the Raw stage this week. Because WWE is about to but them a new one.

Well, WWE was / is in the process of having a new stage designed and built. I wonder if this speeds up its debut.

Only time will tell when a new set for Monday Night Raw will be revealed. In the meantime, they either have to fix their current set or live with a big hole in it.

Then again, they could always just put a tarp over it. We know they have a lot of those laying around just in case they have to cover up some unsold seats.