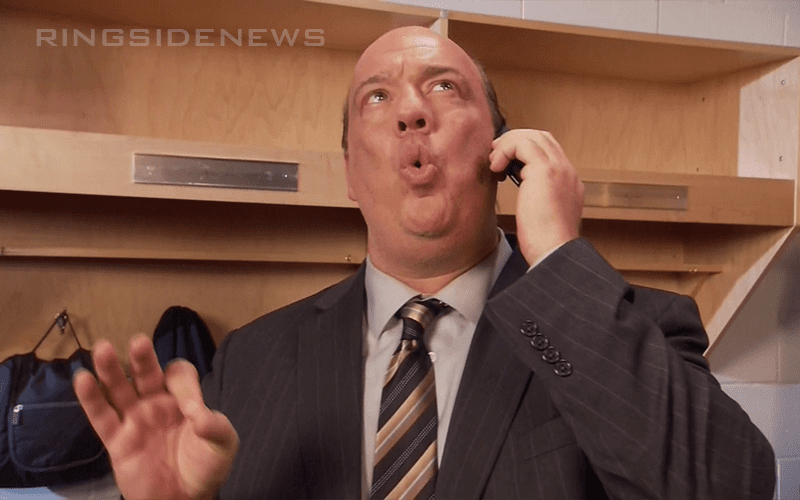 WWE announced that Paul Heyman is the new Executive Director of Monday Night RAW. Heyman was slated to be at the show tonight, but he’s usually there anyway.

PW Insider reports that “there are no real discernible differences compared to the last few weeks of TV tapings” this week as compared to weeks in the past. Because Paul Heyman is there, but he’s usually there so that’s nothing new.

At this point, there has reportedly been no word yet about how anything specific is going to change backstage with Paul Heyman in his new role. So it seems to be business as usual right now which might be a telling sign.

Both Paul Heyman and Eric Bischoff are being implemented into their new roles slowly, so no real change really should be noticeable yet. We will have to give it a few weeks (if it lasts that long) to see what is going to really happen with it comes to any big changes backstage.