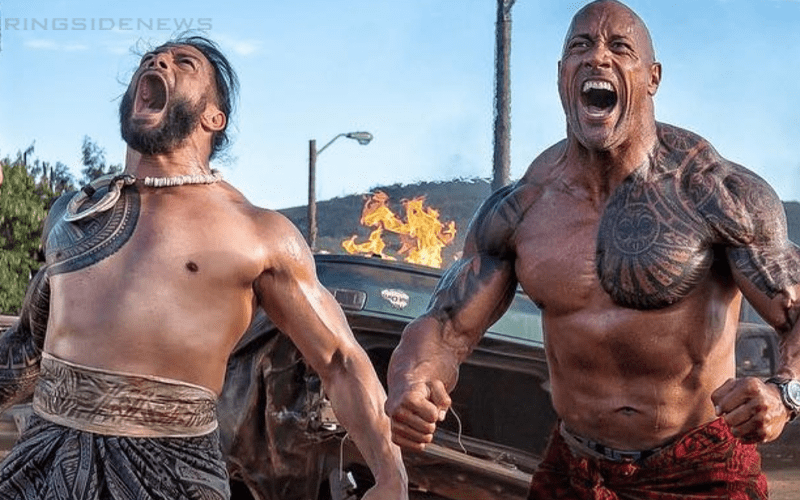 Roman Reigns will have a role in the upcoming Hobbs & Shaw film which stars his cousin Dwayne Johnson. He will play a part that looks to be a vital role in the film, but he didn’t do all of his own stunts.

AOL had the chance to speak to Roman Reigns about the filming of Hobbs & Shaw. During that time in The Big Dog’s life he was battling leukemia. The timing worked out so he could take part in The Rock’s new Fast & The Furious spin-off film. However, he wouldn’t have been able to do it without a stuntman named Niko Nedyalkov.

“In the ring we don’t look at it as stunts, we’re just working. I’m so used to throwing my body around, the idea of doing it when nobody other than just the crew and people in production are watching, my adrenaline doesn’t get going for that. Having a stunt double, his name was Niko [Nedyalkov], great guy, I loved every bit of him, it was awesome.”

“All I had to do was just look cool and stand there and say my lines, do the acting bit of it, but when it was time for me to get hit or do something crazy, Niko would be there. That was the cool part, especially where I was, resting, healing, being able to take advantage of that process and not beat my body up during the production, it was a nice spin on things for a change.”

Just knowing that there’s someone out there who could double as Roman Reigns makes us wonder how long it will be until Vince McMahon gives Niko Nedyalkov a call. Either way, he played a very important role in the upcoming film for The Big Dog.

Roman Reigns is back in the ring now where there are no second takes and no stuntmen are needed either. It still has to be a tempting idea for Roman Reigns to take on another film role so he can have someone else do the dangerous heavy lifting for him because who wouldn’t want that?