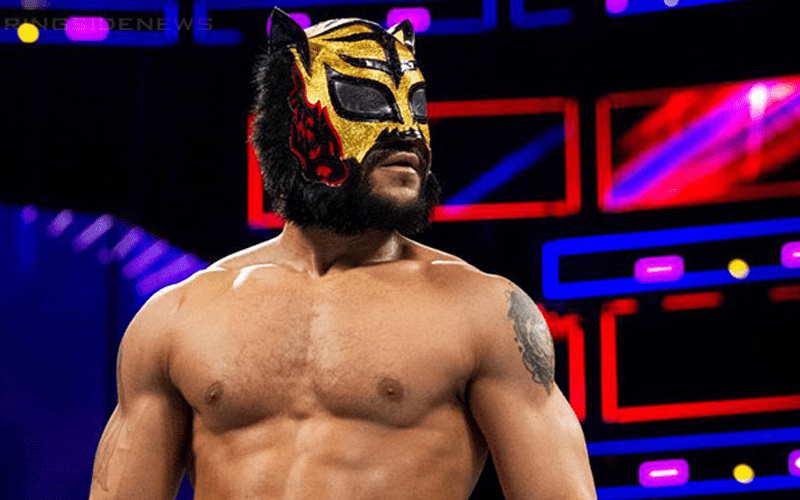 WWE Superstars can sometimes get a fair amount of hate for just doing their jobs and this includes Lince Dorado. The Lucha House Party member is used to hearing people throw out insults, but he’s getting tired of the old standards and needs some variety.

Dorado recently fired back at all of the trolls online urging them to step it up a notch. Because some originality could be very beneficial since those classic insults don’t seem to be cutting it anymore.

In a day when Toy Story, Aladdin, Godzilla Chucky, Lion King, Men In Black, and Spiderman are all in theaters we get enough nostalgia. So Lince Dorado is begging his trolls to come up with something other than the same lame insults he’s heard countless times before.

Sometimes I wish for those who want to try to troll or be smart asses, that you come up with original material. It gets really boring reading the same lame insult. Just saying at least make it fun. Sheesh! I guess you’re trying to be cool or something? #notreallycool

We will just have to see if Lince Dorado’s timeline gets more entertaining after he sent out that tweet. Hopefully, it will encourage trolls to get back to the lab and come up with some insults he’s never heard before.

Because there’s nothing fun about hearing the same lame remarks from haters who aren’t putting in the work to be original.