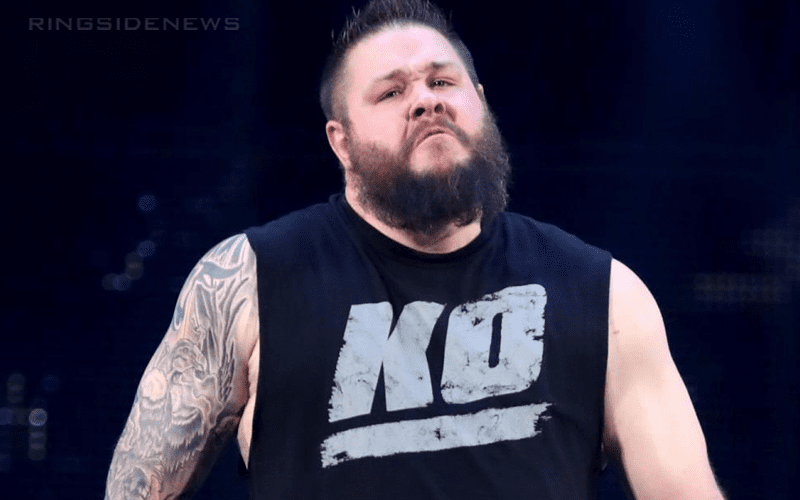 Kevin Owens is very serious about pro wrestling. It’s the only job he ever wanted to do and now he is a part of the biggest company on the planet as a featured Superstar. Still, there are things that WWE could do a little better in the line of listening to what he has to suggest backstage.

This can be a bit frustrating and Kevin Owens admitted that he thinks that he’s gotten better about having his ideas turned down. After all, WWE can come up with a lot of reasons to reject any idea because they have so many moving parts in the company.

While speaking to Chasing Glory, Kevin Owens discussed how he believes he has gotten better at receiving bad news from WWE creative when they don’t accept his ideas.

“I tried to grow, but I don’t know if I did. The thing about me is I’m always looking to contribute to the show as good as I can, and I guess that would be true of anybody else — or almost everyone else. I don’t know if everyone thinks about this the way I do, but I think a lot of the most passionate performers we have think about how to contribute to the show or how to, you know, bring the best they can to the product. It doesn’t necessarily mean it’s what [WWE] needs or their vision.”

“You know the ideas I’ve brought forward some of them have worked and some of them weren’t used, stuff like that. That’s all contingent on them seeing me the way I see myself and a lot of times that’s not for certain situations and it can be so many other factors like there can be someone else or another story we’re telling right now which makes it so we can’t tell that story because it’s too similar or it’s taking elements from something we’re already doing or we’re going to be doing or ‘it’s not right for you.’ So there’s so much you have to contend with.”

Kevin Owens said his wife might say the opposite because she could say that he could always improve about not having his ideas used, but at least Kevin thinks he’s getting better.

Working for WWE has to be frustrating at times, especially when you care as much about the business as Kevin Owens. Hopefully, Owens won’t regret signing such a long deal with WWE because he signed a five-year deal last year.