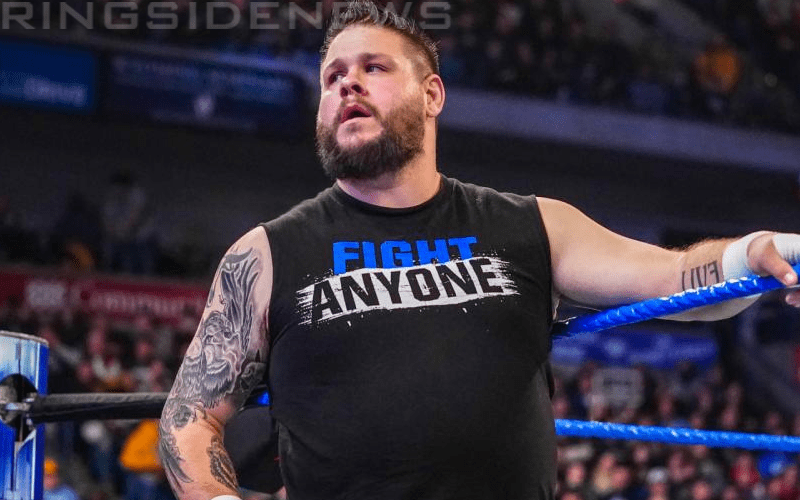 Kevin Owens has picked up a lot of titles in WWE and been on the top of the card, but he’s never been cut with six pack abs. He has gotten used to this look and fans really should have as well. However, he still gets plenty of haters calling out his weight and equating it to so many things that don’t apply.

While speaking to Chasing Glory, Kevin Owens opened up about how his weight had played a role in his pro wrestling career. Although he stays in shape, there is nothing he can do about his stomach.

Kevin Owens said that he’s always been bigger, even as a kid. He said that he could blame it on genetics, but that seems like a cop-out as well. The one thing that bothers him is that his son Owen is starting to see online hate about his dad’s weight.

“If you look at me and people call me fat, that’s fine — I don’t care. If anything, the only thing that bothers me about it is what it does to my family when they see it. Because I’ll my son say, ‘Oh I see people call you fat on the internet,’ it doesn’t matter. I try to make sure he understands that it doesn’t really affect me, but it upsets him, but anyway.”

He said that his grandfather had a huge gut and his father is 155 pounds, but as soon as he eats something you can see it in his stomach. So Owens certainly sees a family resemblance.

Even when Owens lost weight, he still had a gut. He can work out and make his shoulders, legs, and arms look good, but he’ll still have a stomach. Therefore, his look will continue to play against him, but that doesn’t seem to matter to KO because that’s just how he is and he is fine with that.