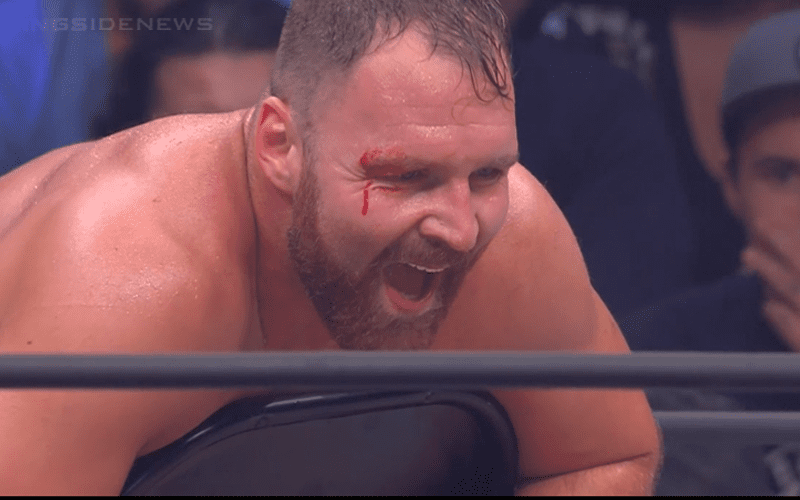 Jon Moxley made his way to the ring at AEW Fyter Fest to take on Joey Janela in a non-sanctioned match. This was his first match in AEW, but it didn’t count, at least he had some new music to lead him to the squared circle.

Kane Churko who has worked with Ozzy Osbourne, Papa Roach, and more tweeted out how great it was to be able to write and produce Moxley’s new music for AEW. It stands to reason that AEW fans will get very used to hearing this powerful song eventually so he has all the reason in the world to be stoked.

Insanely stoked to have written/produced the new @JonMoxley theme song that he came out to tonight at his debut match for @AEWrestling! It’s an absolute career highlight for me and a dream come true! I couldn’t believe it was real till the music hit! Life is crazy!!!

Obviously Jon Moxley approves of this new music because not only did he retweet this message, but he also probably gave it his nod of approval before using it in the first place.

You can check out a video below of the new song as heard at Fyter Fest. It is certainly one to get any crowd going.