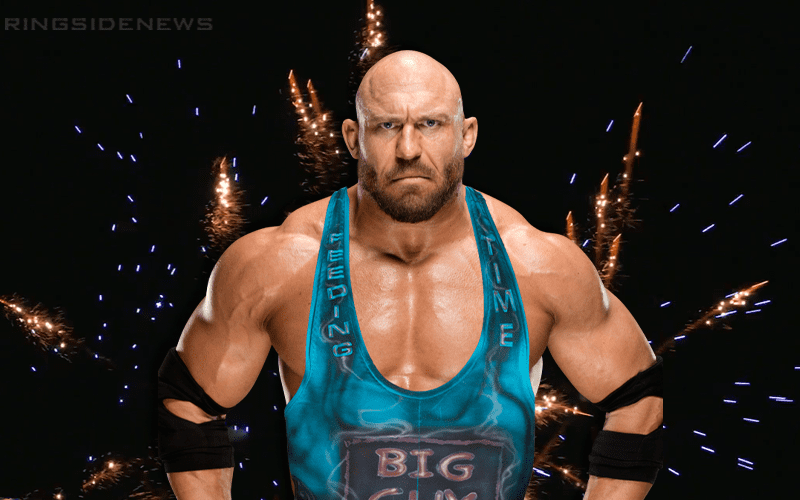 Slapping a Superstar’s image on fireworks to make them seem more powerful is no new thing. The same thing happened to Beth Phoenix last year. Now Ryback is apparently a victim of having his image jacked by a fireworks company.

It makes sense because if you’re going to use a powerful image there aren’t many people around better suited for that than Ryback. He might like to get paid for it though.

When one fan sent Ryback a picture of “Caged Animal” fireworks, Ryback obviously didn’t know what was up. “Thanks for bringing this to my attention,” he replied. So we’re guessing he’s going to have someone handle this for him.

Just in case you’re wondering what Ryback looks like in firework form, you can watch a video demonstration below.