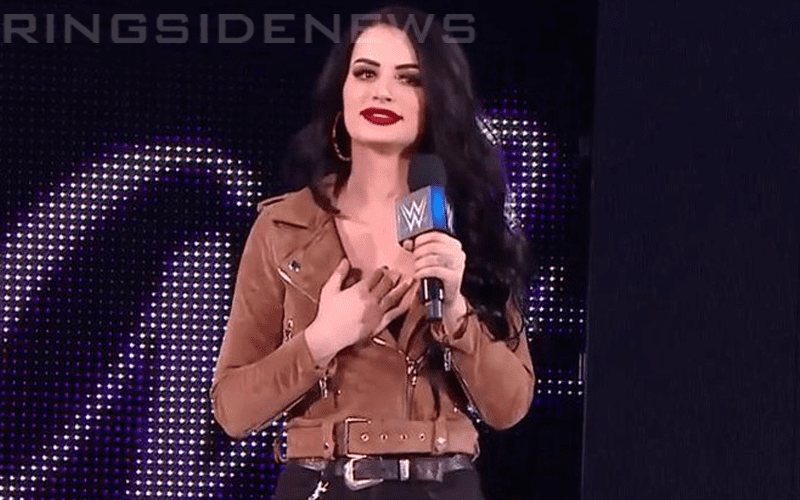 WWE Superstars have a lot of reasons to be frustrated at times. Because things in WWE are operated in a very interesting way according to Vince McMahon’s desires. Sometimes that can leave deserving Superstars out of angles and programs that they really deserve to be a part of.

While speaking to SunSport, Paige opened up about how she deals with the constant struggles with WWE’s creative. This is especially concerning to Paige now as she is managing The Kabuki Warriors who are a great team that WWE has seemingly stalled on.

“If we don’t get used I get really frustrated because we’re a good tag team and we need to be utilized.”

“Sometimes the writers have so much on their plate with everyone else’s storylines, they put things on the backburner. I have to remind them, ‘Ok, but there is a women’s tag team title… I’m like, ‘What the hell dudes? Let’s make something happen.’”

“It frustrates me but once you actually get to speak with Vince and Hunter about your problems and frustrations, they’re always the first to say, ‘Let’s change this.’”

“If you go up to writers it’s like talking to a brick wall sometimes, whereas if you go to Vince and Hunter they’re like, ‘If you have a problem we can change that for you.’”

Things might be getting better for Paige and the Kabuki Warriors as Kairi Sane and Asuka were able to snag a #1 contender spot for the WWE Women’s Tag Team Titles just last night. Hopefully, this means that WWE will actually be giving them some much-needed attention.