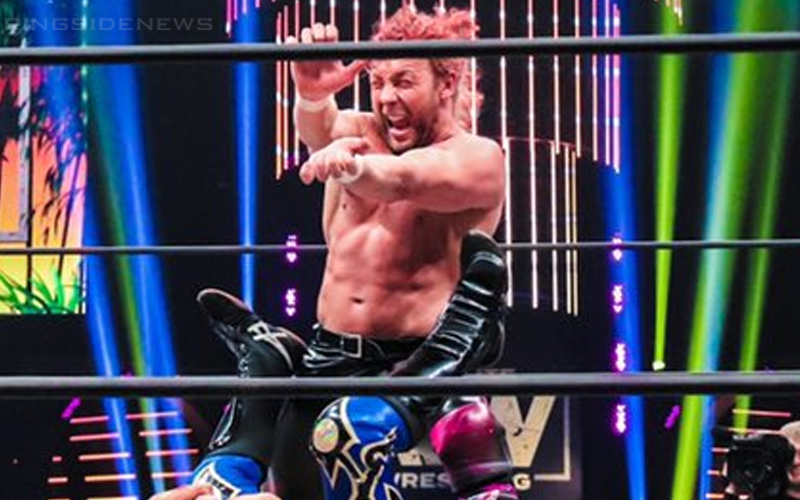 Kenny Omega came out at Fyter Fest to compete in the technical main even of the night as he and The Young Bucks took on The Lucha Brothers and Laredo Kid. The Elite were dressed in Street Fighter realness, but apparently, Omega had to call an audible.

While speaking to the media after Fyter Fest, The Young Bucks revealed that Kenny Omega had to figure out something else to wear for their match. Because apparently, his seamstress thought that deadlines were flexible for some reason.

“Kenny’s seamstress did not deliver his gear in time. It’s shipping by Monday, so he said that’s a little too late.”

Everything ended up working out fine in the end, but Kenny Omega had to come up with something different to wear. The Young Bucks were able to pull together their ring gear in time which makes us have to wonder what kind of special surprise Kenny Omega didn’t get to reveal at Fyter Fest.

Hopefully, there’s always next year because Fyter Fest could become a yearly event.