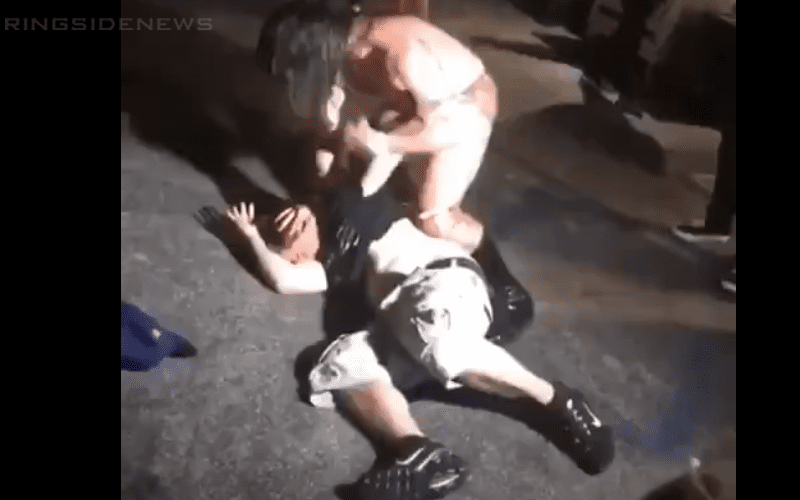 You never know what can happen when you’re at an indie wrestling event. It turns out that sometimes the real action is in the crowd, especially if there is alcohol involved.

Indie wrestler Tito Escondido was working an event called “Bumps And Bruises” and then he had to halt everything. There was a straight-up drunken fight going on that might have bordered on assault.

So Escondido jumped out of the ring and handled business because apparently, nobody else would. It just goes to show how many jobs wrestlers have to do. Because along with setting up the ring and working merch tables sometimes they have to double as security.

Escondido later tweeted out that he is “Now accepting bookings as ‘Law Dog Sheriff Tito'” He encouraged people to hit his DMs for inquiries.

The police were called, but apparently when they showed up this drunken fan tried to fight them as well. We’re guessing that didn’t go well for him and he regretted that decision as soon as he sobered up.

We wonder if White Claws were involved in this incident in some way.