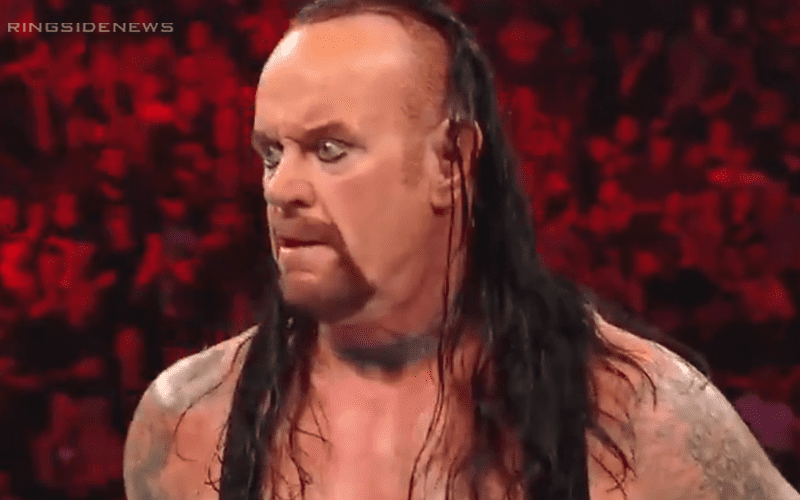 The Undertaker returned last week on Raw to surprise the WWE Universe and set up a match for Extreme Rules. Now we could always see him again.

Raw will be in Texas this week and Dallas is not far from where The Undertaker actually lives. Therefore, it would be much easier for him to make the show next week.

WWE sent out a preview for Raw next week where they not only explained the events of last week in their own colorful way, but they also dropped a tease that The Dead Man could be in the American Airlines Center for Raw.

It was an alliance that no one saw coming (especially not Roman Reigns), but The Undertaker returned this past Monday night on Raw to help The Big Dog repel a two-on-one beatdown at the hands of Shane McMahon and Drew McIntyre. The unexpected assist led to a blockbuster WWE Extreme Rules announcement that Reigns and The Deadman will join forces against “The Best in the World” and The Scottish Psychopath in Philadelphia.

What fallout from this shocking team-up will we witness this Monday on Raw?

We previously reported that The Undertaker will be taking a couple more dates this year to stay fresh in the ring. Extreme Rules could likely just be there to set up something for SummerSlam with all roads leading to WrestleMania.