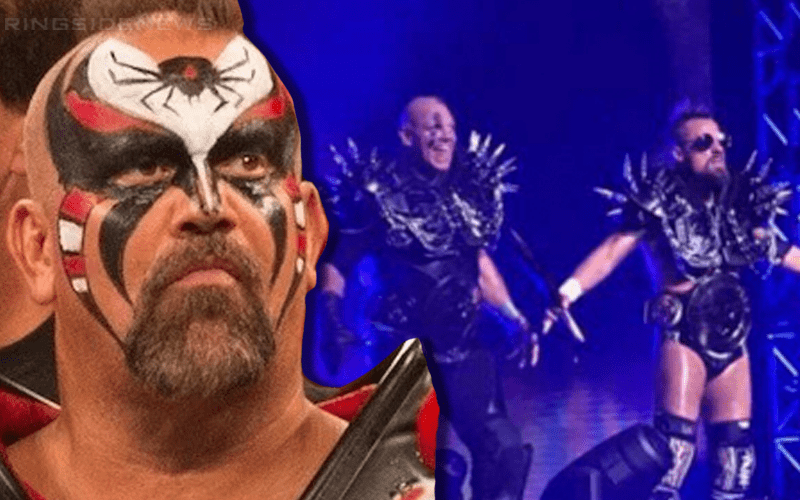 The Road Warriors accomplished a lot in pro wrestling and forged their own path of broken bodies for years. However, a new faction is now using their spiked shoulder pad gimmick and Road Warrior Animal is not happy about it at all.

Villain Enterprises debuted a new entrance paying homage to the Road Warriors complete with spiked shoulder pads. However, Road Warrior Animal didn’t see it so much of a tribute when he saw this. He considered it more along the lines of gimmick infringement.

No respect anymore I guess ROH can’t get anyone OVER on their own merits you got to ride the coattails of a HOF LEGEND and use his gimmick, oh the best part they don’t even ask!

This situation is rather surprising altogether. From ROH not asking him permission to Animal being angry about the nod.

It is rather obvious what they are doing by trying to put forth a strong look and any pro wrestling fan will know the Road Warriors were the ones who really made the spiked shoulder pads. However, that doesn’t seem to fix how Animal feels about it.