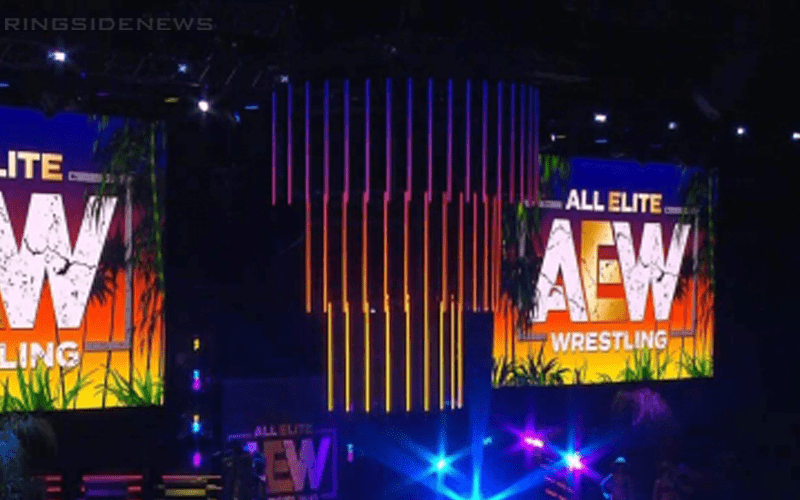 AEW Fyter Fest is tonight. We will have all of the news, updated, and results right here at Ringside News throughout the entire event and afterward.

It looks like the Ocean Center is going to be a sell-out or at least extremely close to it. Now we are getting our first look at the stage that the AEW stars will enter on and it looks great.

Fyter Fest is a parody on the name Fyre Fest which was an event doomed for failure. However, it appears as though Fyter Fest has their stuff together. They even have some tents along the side of the stage just like the “luxury canopies” they were selling for $10,000 at Fyre Fest.

You can check out the picture below to see the stage. They’re keeping with the Fyter Fest Florida theme which is very cool. Hopefully, the entire event is a success for everyone involved. At least the production looks great as far as the staging is concerned.