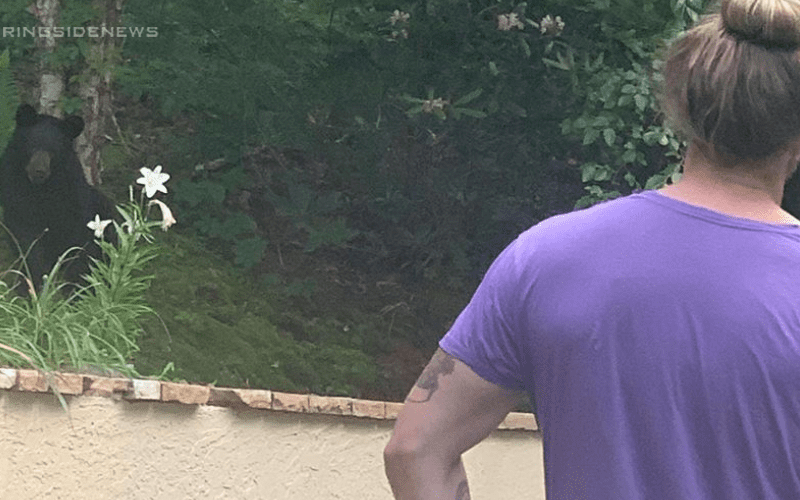 Edge is a very brave WWE Hall Of Famer. Because not many people would run out to have an encounter with a bear to save their wife. However, not everyone is married to someone like Beth Phoenix.

Phoenix, who is a WWE Hall Of Famer herself went outside thinking she heard her husband taking out the trash. This is when she discovered a bear on their property. It didn’t take long for Edge to take control and have stare down with this wild animal.

I thought Adam was taking the garbage out when I heard the cans clanging. I went to help and just about smacked into this black bear. Ran back in to get @edgeratedr and a stare down ensued before the furry guy backed down. I won’t tell you which furry guy.

Who knows what would have happened if Edge hadn’t jumped into the role as alpha male. Because we’re talking about a bear after all, I mean, everyone’s seen The Revenant, right?