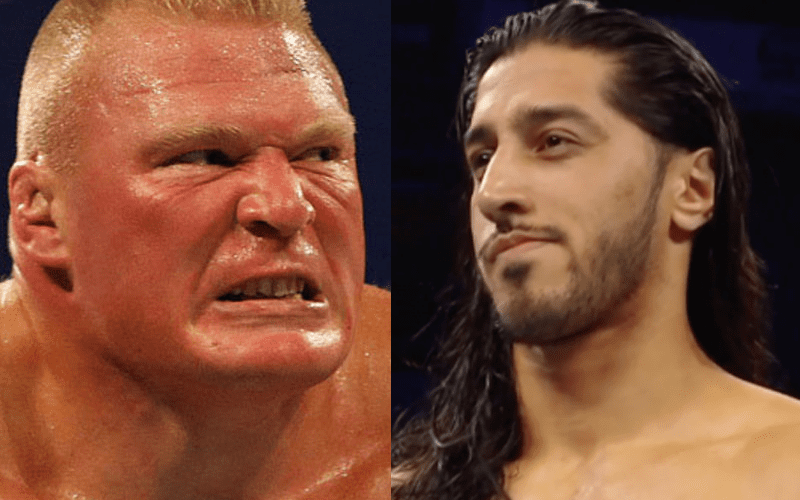 It felt as if Money in the Bank was going to be the big coming out party for Ali, after he was able to put on a masterful display in the men’s MITB ladder match.

Alas, the surprise return of Brock Lesnar ensured that he wouldn’t be walking away with the briefcase, as the Beast Incarnate continues to terrorise Seth Rollins over the prospect of cashing it in.

Despite not winning the briefcase Ali has still been on a great run ever since then, but even with that being the case, he isn’t going to forget about what Lesnar did to him in a hurry.

It doesn’t exactly feel like Ali has anything to worry about in regards to Brock popping up at Money in the Bank again, but of course, he’s just joking around anyway.

The future is incredibly bright for this former 205 Live star, though, to the point where it really does feel like just a matter of time before he is challenging for either the Universal or WWE Championship.

He’s on an upward trajectory regardless of what Lesnar did on that night, and we’re intrigued to see what direction WWE goes in with him in the next few months and years.

In terms of Brock’s contract, it wouldn’t be at all surprising to see WWE keep extending it until Lesnar is physically unable to compete anymore. After all, the guy loves getting big paydays, and for some reason Vince is more than happy to give them to him.