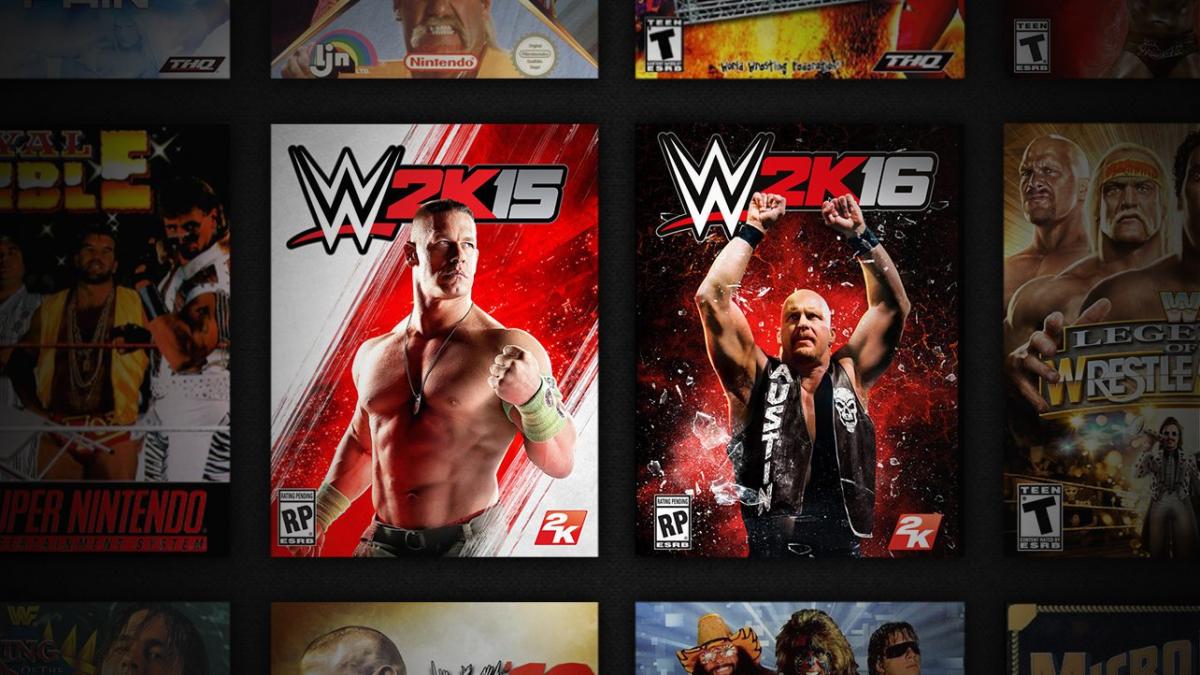 The first WWE game was released way back in 1991. For nearly 30 years, these games have let fans of all ages get a personal taste of WrestleMania, SmackDown, Raw, and all their other wrestling favorites. From being able to play as superstars like John Cena or the Rock, to creating your own custom characters, these games offer so much variety and entertainment. We’ll jump into the top 10 greatest WWE Video Games of all time that you must include on your wrestling bucket list.

This game is a successor to a not so great WCW/NWO: World Tour. Game designers and league experts took notice and revamped the roster to include 60 of the most famous wrestlers in the world and a variety of game modes. The game also parallels one of the most famous storylines of the 90s: The New World Order. Dive into this 90s nostalgia and play as greats like Chris Jericho, the Big Show, and Diamond Dallas Page while slamming your friends to the floor.

WWE Allstars is the perfect mix of realism and arcade-like fun. It’s like a slightly exaggerated version of what we see on Raw. One fun feature that users will love is W: Tag. These moves are one part gravity defiance and one part game mastery and simply so much fun. The roster is a great balance of regulars from 2011 and legends with perfectly paced matches you can really sink your teeth into.

When it comes to nostalgia, it’s hard to beat WWF Wrestlefest. It features everything from the golden era of wrestling. With bright graphics and fast button mashing style play, you’ll be ready to slam your opponents. You can even play as icons like Hulk Hogan, Jake “The Snake” Roberts, and more. For such an old game, it has a lot of depth. You can use inanimate objects against opponents, along with finish moves and even some of your character’s classic poses and taunts. WWF: Wrestlefest is the original that set the standard for the future of wrestling games.

We’re traveling back to the PlayStation 2 days. The PS2 was all about smooth, sleek, and fun experiences. SmackDown 2 builds on the success of the original with better graphics, gameplay, music, and more customizable characters to create a fantastic overall experience. It also plays nicely as a complement to the Attitude Era, which was winding down around that time. If you’re ready to choke and toss guys out of the ring, then this is the perfect choice for you.

WWE: Day of Reckoning is the GameCube equivalent of SmackDown 2. Developer Yuke gave fans exactly what they wanted with a near copy of N64 titles with an updated game engine or catalog. Day of Reckoning gives users a little taste of everything with arcade style mechanics, great controls, and a fun story mode. It also introduced new fighting elements that moved away from button mashing into more sophisticated play. It’s the first game that really has the right touch of realism. For example, with the new weight system, you would never see Rey Mysterio bodyslamming The Big Show.

WWE 2K14 delivers everything fans want in one package. There’s so much to unpack in this game. You can jump into the 30 Years of WrestleMania, wrestling across classic ‘Mania rings with stars like Macho Man Randy Save, Bundy, and more. You can also spend hours creating the perfect customized wrestler for you. In addition, with 100 save slots, you can create plenty of rings to go along with it.

Console games get a little too much attention. Classic wrestling was all about the arcade. You’d head down to the mall with some quarters, skip past the pinball machines and Dance Dance Revolution to find this glorious classic. Wrestlefest is simple. There are just two modes: Royal Rumble (the first WWE game with the feature) and tag team tournament. The game instantly hooks people with fun music, exciting animations, and total match intensity.

The newest games on our list, WWE 2K17 shows the evolving of the genre. Developers have moved away from arcade-style play to create a more immersive experience. You can now battle backstage, relish new camera angles, and savor a more organic gameplay experience. Of course, there is a massive roster and a huge creation mode. The visuals are incredible, creating a simply fantastic overall game.

We’re getting to the part of the list where diehard fans are going to start jumping in the ring themselves. No Mercy is widely considered the perfect definition of wrestling games and still maintains one of the strongest cult followings of any title. The game is highly customizable, so you can create rosters and promotions that match any era (even today.) It’s user-friendly so just about anyone can pick it up while still having great overall depth. Between the wrestling dynamic and fun options for creativity, it’s no surprise that game is still so popular today.

It’s almost impossible to choose between No Mercy and SmackDown. That’s why you just need to get both! WWE SmackDown: Here Comes the Pain emerges you in 65 classic WWE personalities, eight different game types, faster gameplay, and arcade-style mechanics. Unlike most games of the time, the visuals hold up and still look great today. It’s simply an incredible game that will always have you coming back for more.

Making the Most Out of these Classic WWE Games
So if you’re ready to do some takedowns, get people in a chokehold, and maybe even get tossed out the ring, then check out one of these amazing WWE games. Best of all, most of these games are now available to download online or your mobile device. You can even enjoy online multiplayer modes. However, when you’re playing or downloading games, you always need to be safe. Protect your privacy and your data from hackers by using a VPN. With a VPN, you protect and encrypt your internet connection to make sure that the only damage that happens is to your opponents in the game.