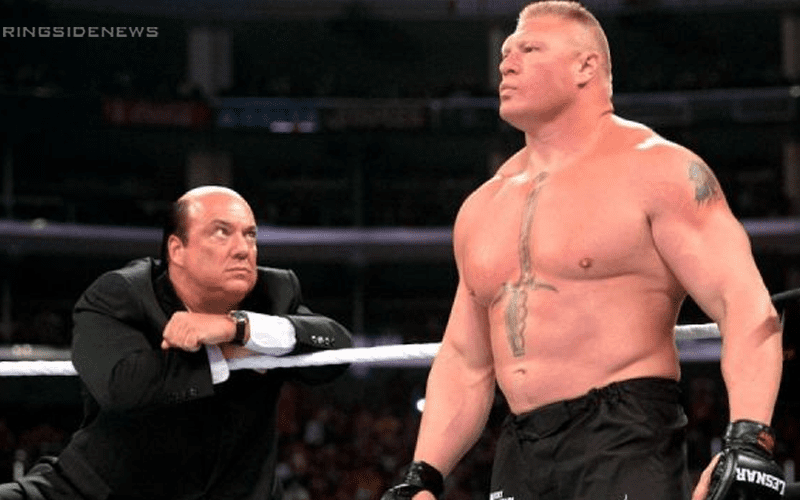 Paul Heyman and Eric Bischoff broke the internet when it was announced that they will be taking over as Executive Directors of RAW and SmackDown respectively. However, Heyman already has a role on WWE television.

Heyman leads Brock Lesnar to the ring as his advocate whenever The Beast In The Bank wants to show up. However, now his advocate will have a much more powerful role backstage.

PW Insider reports that Paul Heyman will still be accompanying Brock Lesnar to the ring as his advocate. Therefore, he won’t be losing his on-screen role with this new promotion.

It will be very interesting to see if there are any noticeable changes in direction coming very soon. However, don’t get too excited because Vince McMahon will still reportedly be the final authority backstage despite them bringing in Heyman and Bischoff for those new roles.