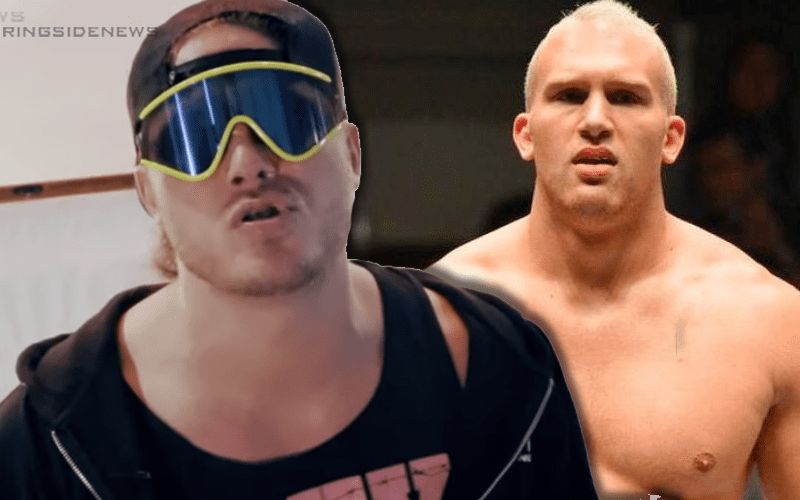 Being a pro wrestler isn’t always easy and sometimes it involves traveling around and making it home much later than expected. All of this is dependent on the unpredictable travel companies that people must use.

AEW star Joey Janela recently tweeted out that he was having a rather bad morning. He was supposed to be on the ground at 6:00 AM, but his flight didn’t land until 11:30. Then he needed to get on a train that would take him two hours to get him home.

After having that kind of morning, Janela just wanted people to leave him alone. This is when Cody Hall, son of Scott Hall spoke up and said: “Post for attention, says leave me alone.”

The Bad Boy didn’t feel like dealing with any kind of trolling that morning. Therefore, Janela let loose on Hall in pretty brutal fashion.

Dude you’re 28, 6’9 and the son of Scott Hall and you’re not signed anywhere nor get any notable independent dates….
Get your fucking act together Chico…

Cody Hall didn’t like hearing this at all, after all, who would? Therefore, he fired back, but he did not receive a reply from Janela after he clarified things by retorting:

You forget blue eyed, handsome and years of Japanese experience, from all the contracts I get.
Weren’t you just in the UK, and worked for all the same companies I did.

It seems like Janela and Cody Hall might have a bit of a rivalry going online. It might be possible that they’re building heat for an eventual match, but it’s also likely that they rub each other the wrong way. This just goes to show that you should’t mess with The Bad Boy when he’s had a bad morning.