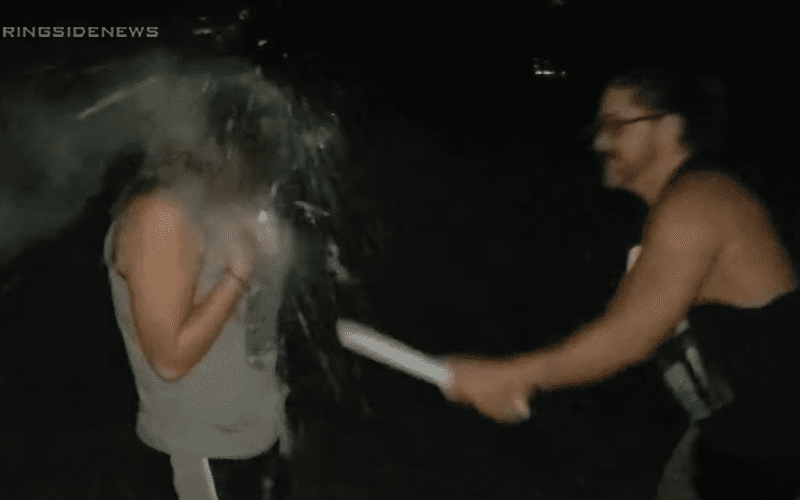 Pro Wrestling Trainwreck — an indie company out of Indiana ran a show on June 23rd and it included some bloody portions with weapons. The News & Tribune ran a story urging any audience member that attended the event to get tested for blood-borne pathogens.

Hep C, AIDS, and HIV are all concerns and it is a good idea to make sure you don’t have any of those diseases. However, the organization is ensuring fans that they are safe.

John Glenn, organizer for Pro Wrestling Trainwreck released a statement on the article. He says that all of their talent have been tested before they compete. Therefore, they are clean.

I want to release a statement letting everyone know that all of our guys are tested before they perform for us. I know this is gonna be all over the place and yes I’ve seen the article,I understand people are upset but all of our talent is clean

Yes, it is a good idea to make sure that you don’t have Hep C and if someone is able to discover that they’re clean or they need further treatment due to getting checked out after going to a wrestling show then that’s great.

However, simply attending a wrestling event where blood is a part of the show does not mean there is a risk of any contamination if the show is organized by people who require blood tests.

You can check out a video below from the promotion where they show proper training about how to take a light tube to the back and face.