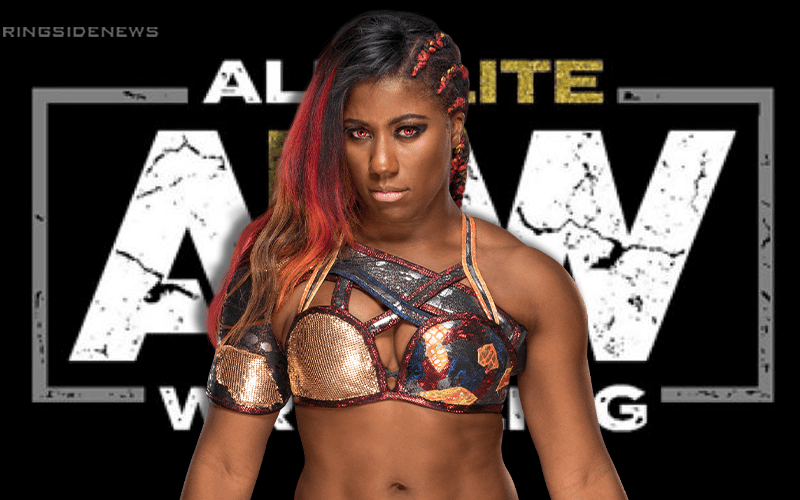 Ember Moon had a lot of potential in WWE. As a former NXT Women’s Champion, she finally received her main roster call-up but hasn’t been able to do much since then.

Moon has been plagued by injuries and setbacks, but her in-ring work remains consistent and her Eclipse finishing move still gets fans popping. Her top rope corkscrew stunner is great in WWE, but after a recent tweet, Moon has fans thinking she might be composing an open letter to AEW.

While saying “I’m not willing to give control away…But I know You are waiting,” Moon could very well have been making an allusion to WWE’s scripted atmosphere and the fact that AEW is waiting for her.

This is very interesting indeed. The “EM” is obviously Ember Moon, but the “A” who is receiving this message was just left as a letter. If “EW” completes the rest of this letter’s recipient then Ember Moon might be making an eventual jump and a return to her previously unscripted “Athena” moniker.

It is also interesting how she tagged WWE and used #SDLIVE as well. So this could be part of some new-age social media angle. We will certainly keep a close eye on Ember Moon (Athena) in the meantime.