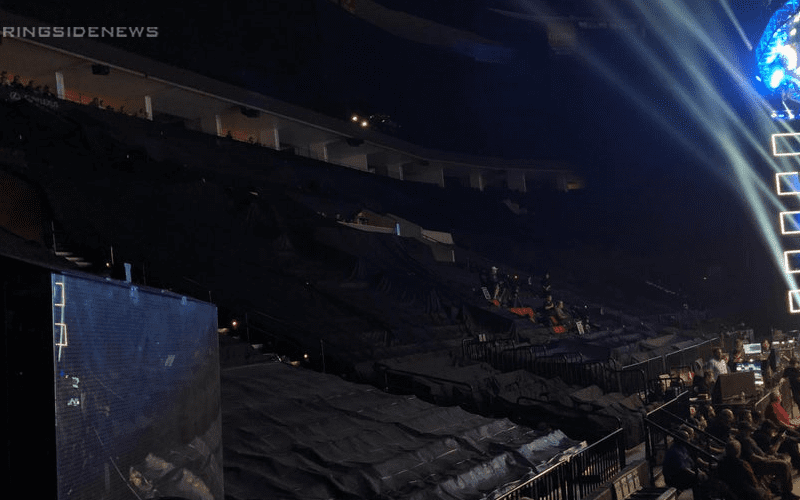 SmackDown Live was in Portland Oregon, but the crowds didn’t show up there either. It seems that WWE is getting very talented with using tarps to cover up empty seats.

WWE had awful attendance over the weekend, but it didn’t get much better when the blue brand brought their show to the Moda Center.

As you can see from the photos below, they really didn’t pull in the crowd that they were obviously expecting. WWE is still getting nice-sized crowds, but showing them in these larger arenas just isn’t the best idea.

Hopefully, they will be able to figure something out soon enough. At least you have to give them credit for being talented enough to shoot the crowd so the place looks full.