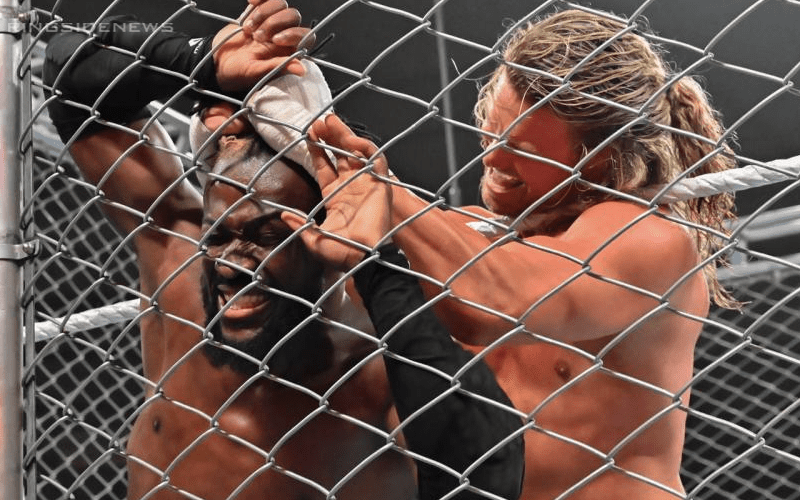 WWE Stomping Grounds had a few issues, but one that some fans certainly noticed at home was the WWE Title cage match didn’t seem to have the best crowd reaction. The fact is that people couldn’t see due to the cage blocking their view and on top of that they didn’t have any big screens showing the action in the ring.

Bryan Alvarez noted on Wrestling Observer Radio that the screens at the Tacoma Dome were not showing the action in the ring because “Kevin Dunn thinks it’s distracting.”

It might be distracting a a certain degree, but the number of fans who actually know what is going on in the ring drastically goes up when the screens are on therefore, a better match is presented on television because they are able to get into it even more.

They had enough issues with the crowd not being there for Stomping Grounds so to add another issue of them not knowing what was going on in the ring really didn’t help much.