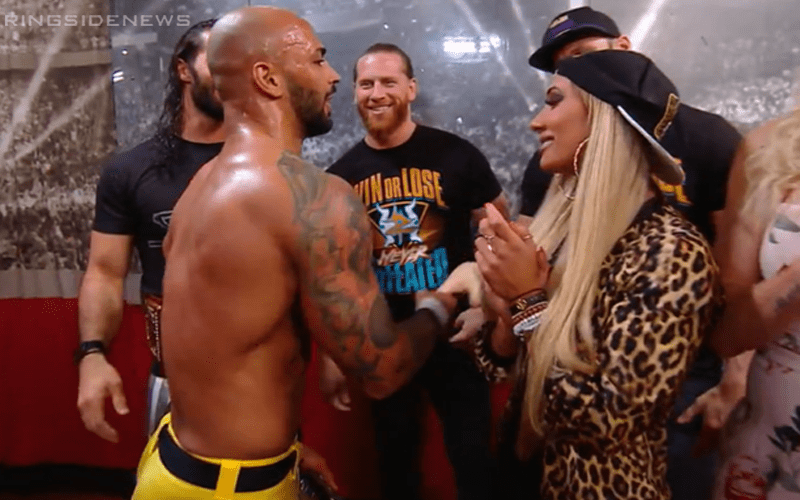 Ricochet is now the WWE United States Champion after defeating Samoa Joe at WWE Stomping Grounds. This was a huge victory for The One And Only and a very fine start to his main roster career.

After Ricochet received an amazing ovation in the Gorilla Position following his Stomping Grounds victory, he had a moment to reflect backstage. It wasn’t long until he was being interviewed by WWE where he was able to express his feelings further.

Ricochet said it’s unbelievable. He’s worked so hard just for an opportunity for a title shot and he capitalized in a big way. When it comes to seeing the roster backstage ready to welcome him as the new US Champion, it was an unbelievable experience as well.

“Moments like that are what I’ve been dreaming of, you know what I mean? So to have something like that it’s an incredible feeling and to have the support of everyone back here it was awesome. To come back her and see — If Kacy [Catanzaro] was here it would have made it even better you know, but she’s at home watching and that’s cool.”

Ricochet also made a joke about how his girlfriend NXT Superstar Kacy Catanzaro is also probably crying as well. We’re sure there were a lot of fans who got emotional when they saw him pull down the big win.

Now it’s off to the next step for Ricochet as he has a huge match against AJ Styles planned for tomorrow night’s episode of Monday Night RAW.