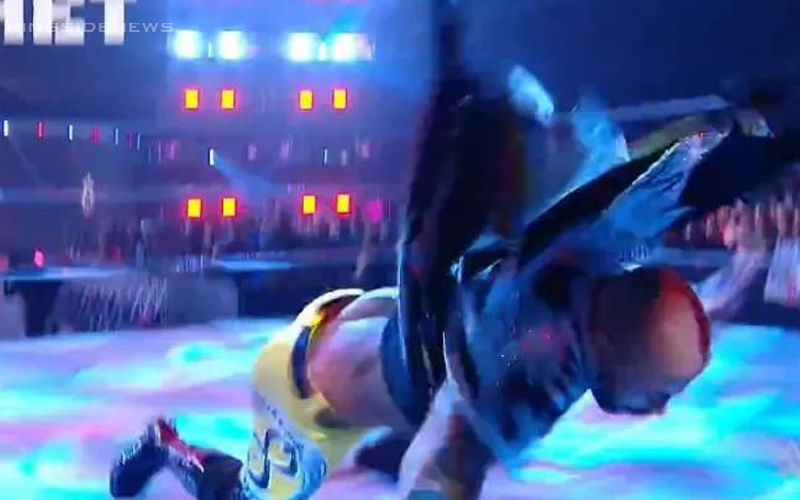 WWE Stomping Grounds was a big night for Ricochet, but his entrance could have gone a bit smoother.

During Ricochet’s entrance, he did his signature handspring into the ropes, but he didn’t come back around to stick the landing perfectly. Instead, Ricochet landed flat on his face. Of course, he recovered well and if you blinked you missed it, but he had to comment on this botch.

Not my best one! Bahahaha

One fan reminded The One And Only about a famous line from The Incredibles that superheros don’t need to wear capes. Because capes can only get in the way. Obviously, Ricochet realizes this now.

I know! I actually thought about this before the match started!

I wanted to take it off before I ran to the ring, but I started running and thought “yeah, I didn’t take this jacket off yet….Dang.”

None of that seemed to matter because The One And Only still defeated Samoa Joe in a match that seemed to pop the Tacoma Dome unlike anything else on the card.

Everyone was happy for Ricochet as well and he commented about how great it was to have that outpouring of support backstage.