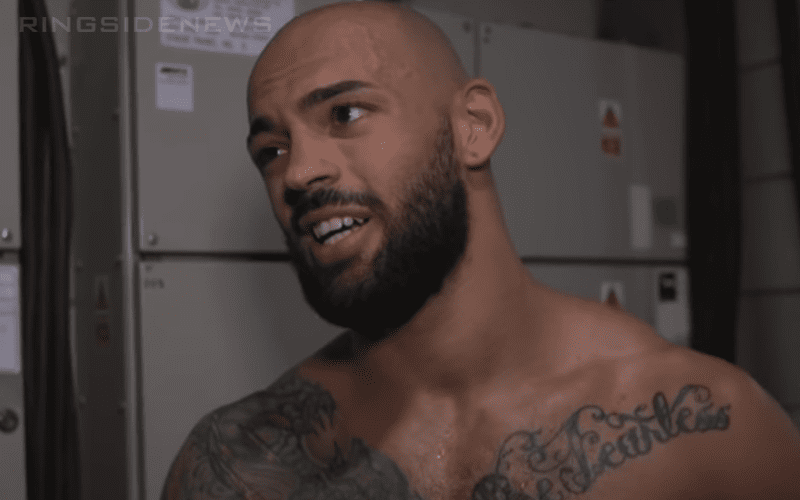 Ricochet walked into WWE Stomping Grounds and he had a war with Samoa Joe. Now The One And Only is the new WWE United States Champion, but he might not be feeling 100% right now.

The next morning Ricochet said that he woke up with a sore back and neck. However, it was all worth it because he is WWE United States Champion.

I don’t do it for the “Star Ratings.”

I don’t do it for the Money

I do it because I love it.

Facing Samoa Joe is never a walk in the park and Ricochet put his body through a lot in order to defeat him. Therefore, it stands to reason why anyone would be a bit sore in the morning.

Later on, when one fan suggested to Ricochet that he have a “best of 51” series with Rey Mysterio, Ricochet seemed all about it. Therefore, he’s obviously feeling well enough that there isn’t any quit in him at all.