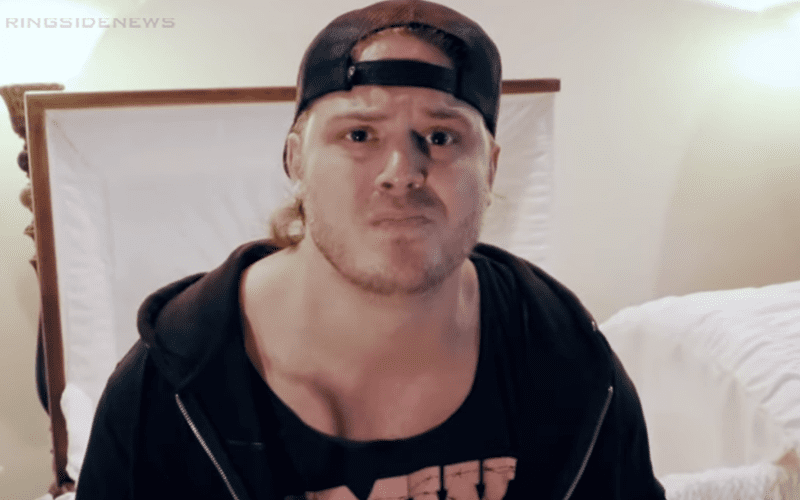 Joey Janela has spent a lot of time working hard in front of indie crowds. He has seen a lot of indie wrestlers perform as well.

Now that Janela is signed with AEW he’s technically no longer an indie guy. It might be a hard pill to swallow for some wrestlers because AEW has such deep roots in the indies and although that will never truly go away, All Elite Wrestling is a legit company on TNT.

We’ve previously covered Super Humman and all of his online antics. He likes to jump into things for all of his juggalos and juggalettes before taking off his shirt, yelling “F*ck this sh*t!” and jumping into something dangerous. After he nails the target he’s going for, Humman always sells his bump. Most of the time he writhes in pain before the video almost always awkwardly ends too soon.

With the amount of crazy moves on the indies and needing to jump right up and get to the next spot because they don’t have the time for such elaborate selling, the indies is full of people not giving respect to the bump by actually selling it. Maybe everyone just wants to look tough like they don’t need to sell, but there definitely seems to be an issue.

Thankfully, there are people that know how to sell like Super Humman.