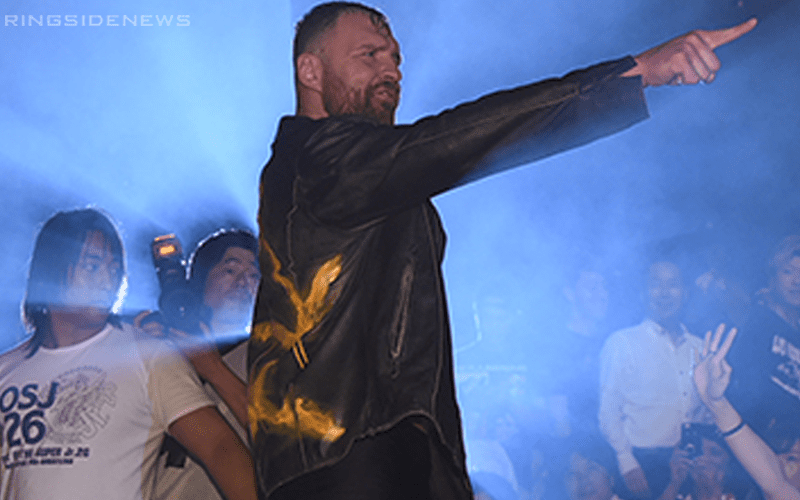 Jon Moxley invaded AEW Double Or Nothing at the conclusion of the broadcast to deliver Death Riders all around. He made his entrance through a sea of excited AEW fans in Las Vegas, but he kept up the entrance when he ventured to Japan.

He entered through the crowd just like he did during his days with The Shield, only he was all alone. Mox did the same thing upon his NJPW entrance as well.

While speaking to New Japan’s website, Moxley was asked if he intentionally paid tribute to The Shield and what his intentions were for this intimate entrance through the fans. Moxley understands what that entrance means to fans and in addition to that he got a great view of Sumo Hall.

That idea was presented to me and at first I did think it was leaning a little on things I’d done in the past. But thinking a bit about it, it was definitely the right thing to do. I don’t want to be ‘too cool’ and ignore the things I’ve done. It is a cool entrance, and something I helped trail-blaze. The best thing about it was that it was a mood changer. The atmosphere instantly changed and I could feel that change.

Plus, Sumo Hall is such a cool arena, so historic, and to have that view from the top of the stairs, that was a really cool sight.

It is great that Mox is never too cool to pay homage to what he has accomplished. Because he has plenty that he can be proud of. Although The Shield weren’t the first performers to make an entrance through the crowd, they arguably did it the best.

Perhaps Moxley will eventually perform in a venue that will not allow him to enter through the fans, but it wouldn’t be a bad thing at all for him to keep up. After all, WWE doesn’t seem to have trademarked that idea and it is still incredibly over.