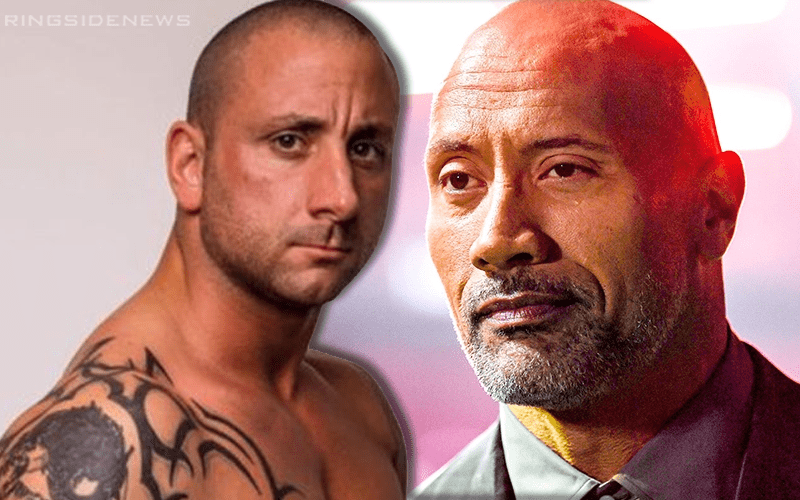 Adrian “Lionheart” McCallum wanted to be like The Rock. In March this year he posed next to Dwayne Johnson’s star on the Hollywood Walk Of Fame on Hollywood Boulevard in front of Hollywood & Highland Complex.

“Closest I’ll get to the man himself but it’ll do for now,” McCallum tweeted at the time. The Rock saw this tweet in his verified mentions and commented back saying: “Good to meet you (sort of) brother.”

Just three months later, Lionheart is no longer with us. This tragedy caused an outpouring of support from the pro wrestling community. The Great One heard of this tough loss and commented about it in two separate tweets.

“I’m so sorry for your loss. I remember tweeting him. Very sorry to hear the news. Sending love and strength your way.”

“So sorry to hear the news of Adrian @LionheartUK McCallum’s passing. He was a big wrestling star in the UK. Loved and respected. Never had the opportunity to shake this man’s hand but sending his family, friends & UK wrestling community love, support & strength.”

Our thoughts are still going out to everyone surrounding this incredibly sad situation. Dwayne Johnson might have never met Adrian “Lionheart” McCallum, but like so many others who never had the chance of meeting him that doesn’t mean his loss won’t be felt in a big way.