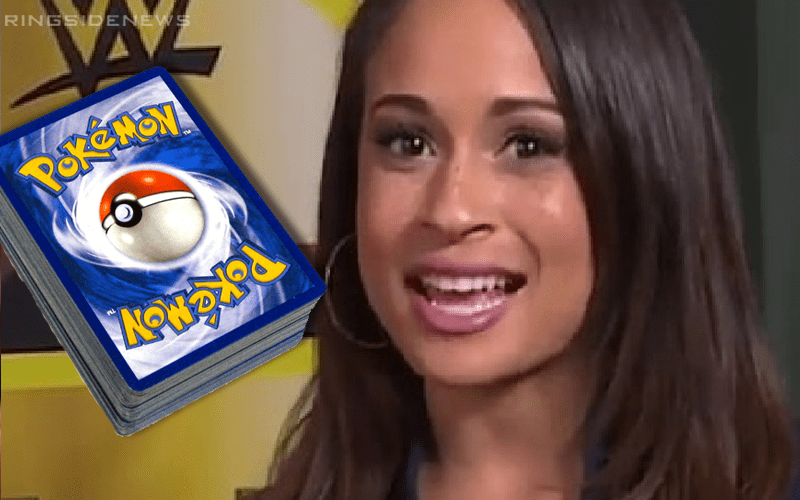 Kayla Braxton is doing just fine now as a backstage announcer in WWE. As The IIconics scream her name in her face, Kayla can think back to her childhood and see how far she’s come.

It wasn’t always so glamorous for Braxton. Because she recently opened up about what it was like for her as a kid.

Braxton was a lot like some people you might have known growing up. You might have been just like her, or perhaps, you’re still like she used to be. She was a chubby kid with an afro and glasses who loved Pokemon cards.

#asakid I was chubby with an Afro. I wore glasses, colorful hightop Reebok and board shorts. Held kid-only apartment meetings to trade Pokémon cards. I loved crossword puzzles and sodoku. Nintendo 64 and big league chew was my jam. Obsessed with heavy metal. Who were you #asakid?

There is nothing wrong with Nintendo 64, Pokemon cards, or Big League Chew. If you ask Zelina Vega, she said that she could have owned Braxton in Pokemon cards back in the day.

Then again, a modern day battle in Pokemon cards might be really cool to see as well. Perhaps Xavier Woods could get on that for a future episode of Up Up Down Down?