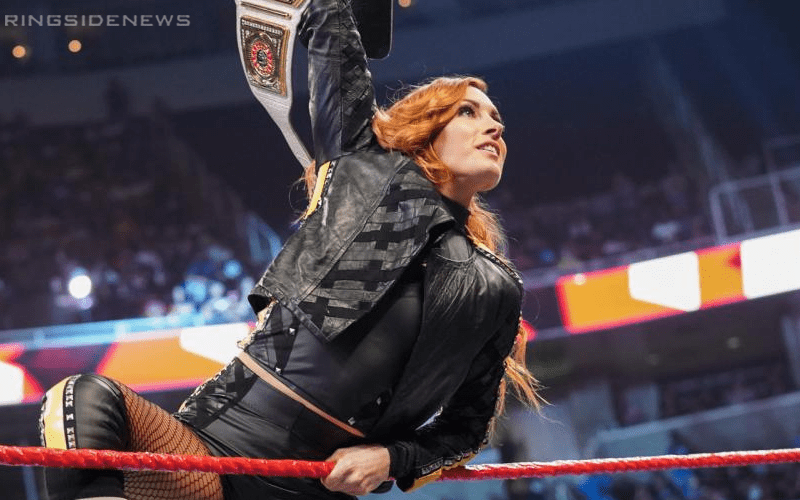 If WWE doesn’t seem to have everything together like they used to after WrestleMania then there might be a reason for this. Because Becky Lynch was reportedly the only Superstar that Vince McMahon had any long term plans for this year.

Brad Shepard reports that his source in WWE informed him that Vince McMahon is well aware of their writing issues. This is clear because Becky Lynch is apparently the only Superstar that had any direction after the show of shows.

The source said #WWE CEO Vince McMahon knows it’s a writing issue, and noted how they had little to no long term plan for anyone besides Becky Lynch post-WrestleMania.

Lynch didn’t last very long as Becky Two Belts, but she is still the Raw Women’s Champion. Now she is facing Lacey Evans for the second time at Stomping Grounds. This might seem like a placeholder feud that has lasted a bit longer than usual, but you never know what WWE could have planned.

Apparently, WWE knows what they’re doing with Becky Lynch, but her WrestleMania plans were changed to not include Charlotte Flair.