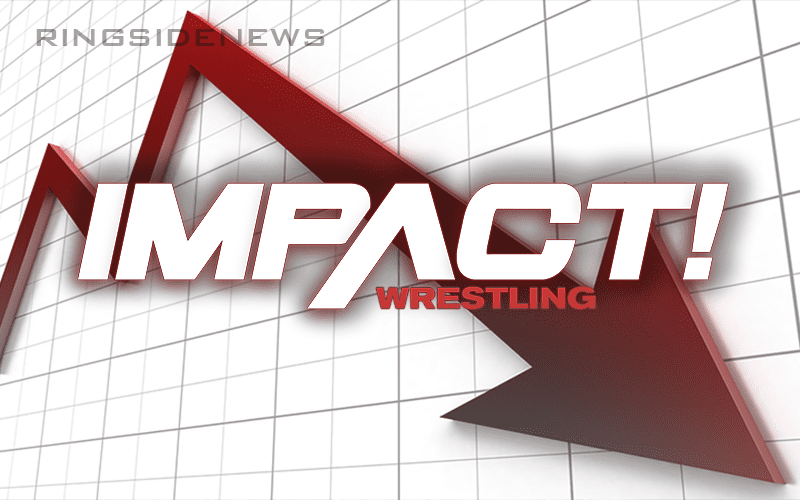 Impact Wrestling has an incredibly talented roster full of dedicated pro wrestlers. After all, some of them make dates for the company and actually lose money in the process. However, it hasn’t done much to gain an audience.

A lot of the current lack of focus on Impact Wrestling could be blamed on their television home. Pursuit Channel hasn’t treated them well at all and the company is looking to move as soon as possible. It is even said that Impact Wrestling’s next television home will be “substantially better.” Hopefully, that is the case.

We don’t know how many viewers Impact Wrestling is drawing on the Pursuit Channel because they don’t release those numbers. This is not give off the biggest vote of confidence. However, we do know what they are pulling in on Twitch and those numbers are not promising either.

The Wrestling Observer Newsletter noted that not only are Twitch viewers seemingly falling, but one recent joint show with House Of Hardcore didn’t even crack 1,000 viewers online at one time.

They peaked at 4,718 viewers for the TV show on Twitch on 6/14. They are usually just under 10,000. The Sunday twitch house show combined with House of Hardcore peaked at 941 viewers live.

Impact Wrestling and their roster deserves much better. They should be a much more prominent force in pro wrestling, but at this rate they are still struggling.

We can only hope that they will, in fact, be able to pull down a much better television deal in the Fall as they have alluded to recently and these low numbers don’t turn off any perspective television network. Because with the right promotion, people would probably tune in to see what Impact Wrestling is doing nowadays especially with their current roster that is absolutely loaded with talent.